Written in 1787, ratified in 1788, and in operation since 1789, the United States Constitution is the world’s longest surviving written charter of government. Its first three words –– “We the People” –– affirm that the government of the United States exists to serve its citizens. For over two centuries, the Constitution has remained in force because its framers wisely separated and balanced governmental powers to safeguard the interests of majority rule and minority rights, of liberty and equality, and of the federal and state governments. Since 1789, the Constitution has evolved through amendments to meet the changing needs of a nation now profoundly different from the eighteenth-century world in which its creators lived.

To encourage all Americans to learn more about the Constitution, Congress established in 1956, Constitution Week, to begin each year on September 17th, the date in 1787 when delegates to the Convention signed the Constitution.

From the National Archives website for the U.S. Constitution:

These three documents, known collectively as the Charters of Freedom, have secured the rights of the American people for more than two and a quarter centuries and are considered instrumental to the founding and philosophy of the United States.

The Bill of Rights

Explore the Constitution at constitutioncenter.org

On this site, constitutional experts interact with each other to explore the Constitution’s history and what it means today. For each provision of the Constitution, scholars of different perspectives discuss what they agree upon, and what they disagree about.

The Three Branches of Government

The Executive Branch
The White House 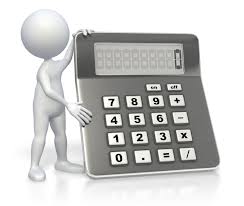