Eastern Oregon Normal School opened its doors in 1929 on what was then known as Courthouse Hill. The two-year teacher’s college graduated its first class, boasting 88 seniors, the following year. From its start in Inlow Hall, campus grew next to include dormitories and Ackerman Elementary School. Teachers-in-training worked in the classrooms as a living laboratory to practice their skills as leaders and mentors to young students. Nearly a century later, EOU remains committed to its legacy of educating teachers.

School traditions arose throughout the 1940s and ’50s. For almost 40 years, students celebrated Evensong each spring on the Grand Staircase, which is listed on the National Historic Register. The annual pageant of song centered around the Queen of Knowledge, who lit each a candle in each graduate’s hand so they could take “the light of learning” to the world. Other traditions live on today. Ars Poetica began as a celebration of literature and poetry, and still brings writers to campus each year. The “Sock and Buskin” theatre troop had its home at EOU, and modern performances follow in the footsteps of these early actors (although they no longer perform in Inlow Hall).

Academic programs grew as well, expanding to include secretarial sciences, business and philosophy. EOU has since embraced its role as a regional university, providing vital professional and liberal arts education online, on-site and on campus in La Grande.

EOU renewed its wrestling team in 2017 after an extended hiatus, and the Mountaineers boast 13 varsity teams competing in the blue and gold. Monty Mountaineer established his role as mascot, and has become a symbol of school and community pride.

Buildings and meeting rooms across campus stand for respected faculty members (Loso, Badgley), advocates for education in rural Oregon (Hoke), and university leaders (Inlow, Daugherty, Lund). Since its founding in 1966, the EOU Foundation has provided scholarships and funding for capital projects and programs that support the university’s mission. Dedicated alumni, long-standing traditions and a deep commitment to serving rural places connect EOU to its past and propel it toward the future. 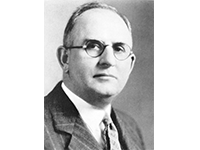 “In a day a new center of cultural thought and activity sprang into being where none had been before. Classes met; assemblies convened; library and laboratory yielded truth and beauty; social organization emerged responsive to community need; ports and recreation contributed to the happy and forceful living; a purposes was born which was to find expression in ideals of service and standards of achievement.”

Hail, Eastern Oregon
Pride of the Blue and Gold
We stand before your majesty
With friends both new and old
You shine upon the hillside
A beacon where’ere we roam
Forever in our hearts and minds
Your mountains call us home
Hail Mountaineers, we sing to thee
Our voices rise in harmony
Send forth a cheer from East to West
Of loyal truths, and truths request
In your unfading beauty
We seek to keep you strong
We praise these hall of learning
Our Eastern Oregon 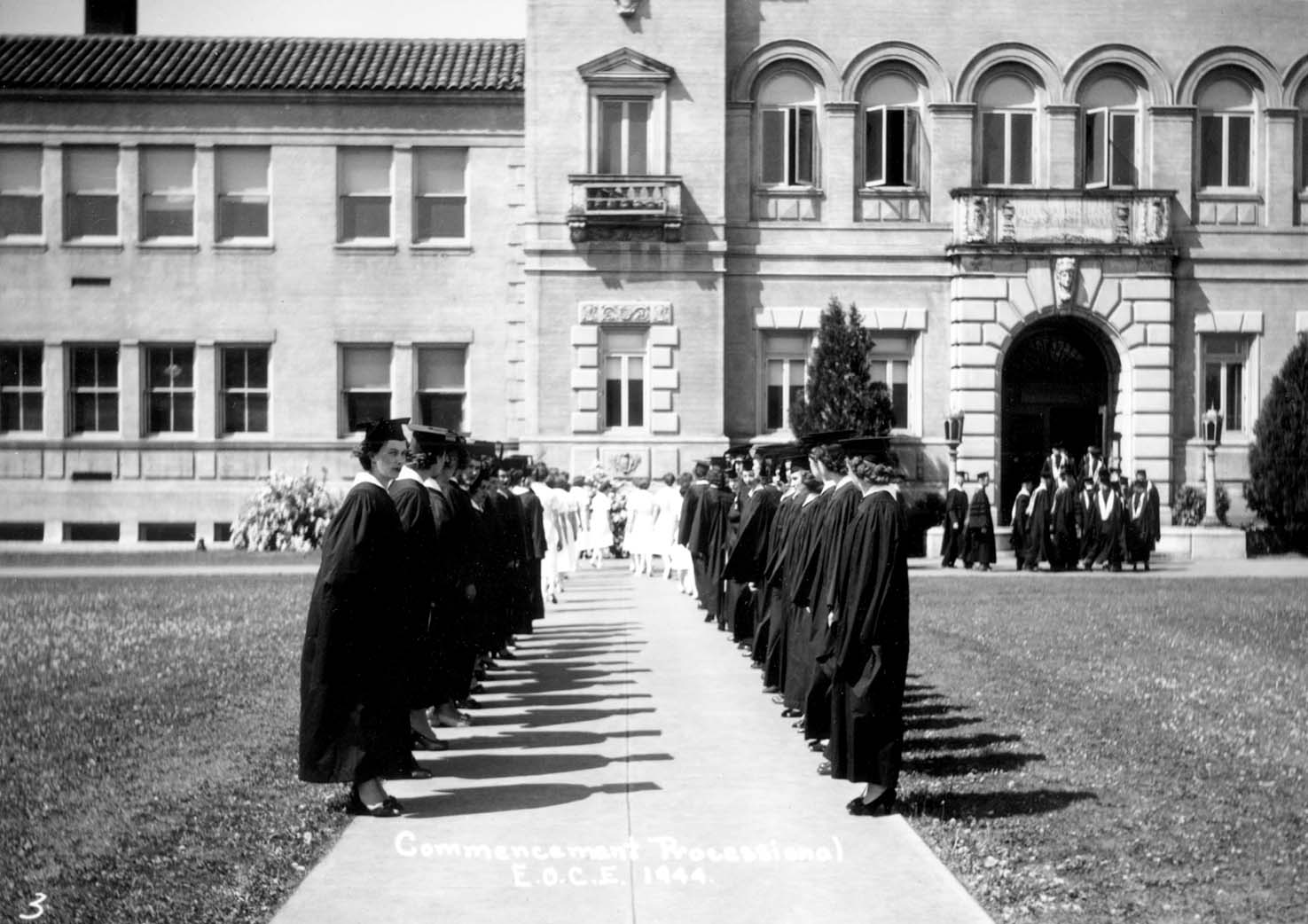 Hoke Hall established from a former officer’s club from the Pendleton Army Air Base.

Board of Trustees takes on governance of EOU 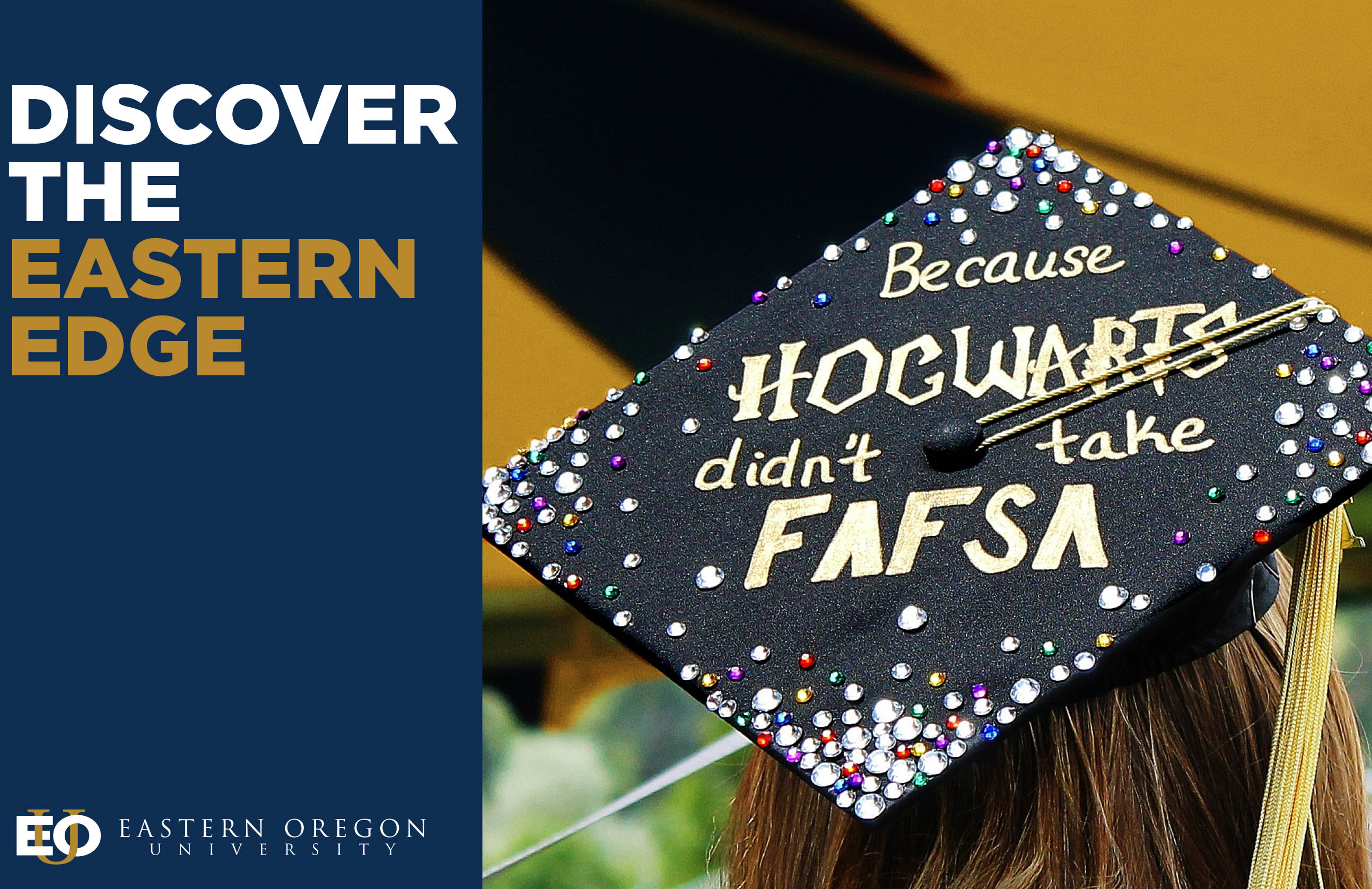 Discover your true nature with the Eastern Edge. Learn more.