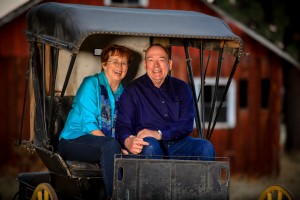 Valerie and George Royes, of Summerville, are affectionately known as G. and Val Royes, and have been supporters of EOU for many decades. Valerie, a 1964 graduate, is a trustee on the EOU Foundation Board and one of five family generations to attend Eastern Oregon University. While they are supporters of all things EOU, their true passion lies with music and athletics, specifically women’s basketball. Val has traveled internationally with Peter Wordelman, professor of music, and the Chamber Choir, and they hold season tickets to all music and theatre events. They also hold season tickets to volleyball and men’s and women’s basketball games. The Royes’ generosity extends to the community, which they are very invested in, and their support of local schools.