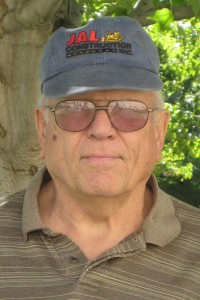 Kenneth Dale Bruce, of La Grande, is recognized for his unwavering support of Eastern Oregon University for nearly 50 years. He was born and raised in Denver, Colo., where he earned his bachelor’s in business administration with an accounting major from University of Denver. While attending college Ken entered the electrical trade, completing his apprenticeship program and eventually becoming a licensed Oregon journeyman electrician. After relocating to La Grande in the late 1960’s, Ken met his wife Vicky and they were married in the fall of 1973. Their daughter Melissa was born in 1976 and is a graduate of EOU with a bachelor’s degree in biology. Since retiring, Ken spends his time restoring automobiles, including the former EOC physical plant van. This van is often seen in parades throughout eastern Oregon, usually chauffeuring Monty the Mountaineer mascot. Ken always cheers for EOU in the Tailgate Zone throughout the fall, and even provides donuts to supporters! He is always sporting Eastern gear with the pride of an alumnus and exemplifies Mountaineer spirit.