Research suggests that caffeine ingestion can lead to enhanced reaction time, mental acuity, and muscular contraction. Recently, there has been a rise in the production of marketing of caffeine infused products, such as ‘energy drinks’. Caffeinated products are being widely utilized by athletes across many different sports. The effect of carbohydrate and caffeine supplementation under sport specific conditions is lacking. Specifically, there is no research that has examines the effect of carbohydrate and caffeine on measures of swing performance in female softball players.  The purpose of this study is to examine the effect of a caffeine and carbohydrate supplement on swing kinetics in trained softball players.  Ten collegiate softball players participated in a blind-randomized placebo-controlled study with two experimental conditions, one where subjects consume a caffeine + carbohydrate supplement and one where they consume a non-caffeine placebo. The experimental conditions were separated by 7 days. We measured bat and hand velocity 1 hour and 2 hours after the ingestion of either placebo or caffeine + CHO, in players hitting off of a tee and pitching machine.

There have been many controversies regarding primate intelligence, and whether primates possess language and can communicate with humans, Years of study have gone into theses questions, and many researchers have become well known for their discoveries. The findings of primate research conducted by such prominent investigators as Jane Goodall, Diane Fossey, and Penny Patterson will be included in this presentation.  A definition of language in relationship to how primates express themselves in order to be understood will be offered, along with specific examples of evidence of language among primates and between primates and humans.  This presentation will define what we consider language to be, how primates express themselves (such as through violations or sign-language) in order to be understood, and will discuss the findings of researchers such as Jane Goodall, Diane Fossey, and Penny Patterson.  It will also include specific examples of evidence in favor of language among primates as well as between primates and humans.

Bark Beetles are highly destructive pests of deciduous and coniferous trees worldwide. In the New World, Beetles of the genus Dendroctonus are particularly harmful, attacking pine, fir, spruce, and larch in most forests of North America.  This session will present the results of our investigation of the genetic differences within and among populations with the ultimate goals of better understanding evolutionary relationships in the genus as well as understanding genetic differences that contribute to greater or lesser destruction of forest lands.

“Redemption, Ridiculousness and Absolution in Zombieland” examines American cultural perceptions of disastrous events through film and cultural analysis. The presentation explores the increased popularity of apocalyptic and post-apocalyptic films in America in the post-9/11 years. Through analysis of Zombieland in particular, the presentation explores American escapism, faith in the possibility of recovery, and the American people’s need for absolution of guilt associated with end-of-the-world scenarios. The motivations and behaviors of characters in the film are used to demonstrate Americans’ disconnection from the horror of disaster through escapism, optimism, and hope. Scholarly sources are used to analyze perceptions of the possibility of real-life apocalypse and of films as means to alleviate the guilt that comes with American consumerism and imperialism’s impact on the world through fantasy apocalypses that are not caused by human error or greed. The presentation argues that films like Zombieland are widely appealing to American audiences because of the ways in which they glorify or minimize violence, absolve characters who represent average Americans of guilt associated with the apocalypse, and exploit subconsciously-held religious ideals to offer comforting ideas of salvation after apocalyptic events. 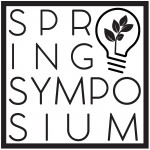