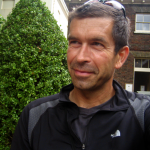 David Axelrod is the author of eight collections of poetry, most recently, The Open Hand and Folly, both from Lost Horse Press, as well as two collection of essays, Troubled Intimacies: A Life in the Interior West, and The Eclipse I Call Father: Essays on Absence, both published by Oregon State University Press. He is the editor of Sensational Nightingales: The Collected Poems of Walter Pavlich (Lynx House Press) and the award-winning basalt: a journal of fine and literary arts, as well as the director of Eastern Oregon University’s low-residency MFA in Creative Writing.

Ian Boyden is a visual artist, translator, and writer. Consistent across his productions are an intense interest in material relevance, place-based thought, and ecology, with a deep awareness of East Asian aesthetics. His work is interdisciplinary, and collaborations have involved a variety of scientists, poets, composers, and other visual artists. In 2016, Boyden curated the exhibition Ai Weiwei: Fault Line, which led to his current manuscript of poems “A Forest of Names.” His translations of Woeser’s poems have appeared on several human rights and Tibetan cultural websites, including Radio Free Asia, Invisible Tibet, and High Peaks Pure Earth. He has authored and co-authored several books and essays including The Tables of Jupiter: Graphic Work by Timothy C. Ely (2004), Reflections on Forgotten Surfaces: The Calligraphy of Hua Rende (2005), and Roots of Clouds, Transcendence of Stones (2006). In 2011, Boyden returned to China to research the history and production of carbon inks for a forthcoming book. He currently lives on San Juan Island in Washington State. 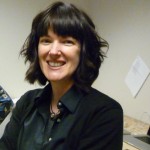 Jennifer Boyden was recently awarded the Siskiyou Prize for New Environmental Literature for her forthcoming novel, The Chief of Rally Tree (Skyhorse Press). She is also the author of two books of poetry, The Declarable Future (2013 winner of The Four Lakes Prize in Poetry) and The Mouths of Grazing Things (winner of The Brittingham Prize in Poetry). A former PEN Northwest Wilderness Writing Resident, Jennifer lived by herself for a year in a remote region on the Rogue River, and her work reflects a process of deep immersion within the systems she is writing from and about. Jennifer has taught writing and literature at a variety of places, including Suzhou University in China, The Sitka Center for Arts and Ecology, Whitman College, Walla Walla Community College and most recently at Eastern Oregon University in their low-residency MFA program. Jennifer currently lives on San Juan Island with her husband, daughter, and furred and feathered animals of varying dispositions.

James Crews’ poetry has appeared in Ploughshares, Poet Lore, and The New Republic, among other journals, and he is a regular contributor to The London Times Literary Supplement. His first collection of poetry, The Book of What Stays, won the 2010 Prairie Schooner Book Prize and a Foreword Magazine Book of the Year Award, and his second collection, Telling My Father, won the Cowles Prize and was published by SMSU Press. Crews has been awarded a grant from the Vermont Community Foundation to work on his third collection of poetry, and he is editor of the anthology, Healing the Divide: Poems of Kindness and Connection, as well as several forthcoming anthologies of ecopoetry. He holds an MFA in Creative Writing-Poetry from University of Wisconsin-Madison as well as a PhD in Writing and Literature from University of Nebraska, where he was an Othmer Fellow, and worked for Ted Kooser’s American Life in Poetry syndicated newspaper column. He lives on part of an organic farm in Vermont with his husband and works as Poetry Editor for Green Writers Press, an environmentally-minded global publisher based in Brattleboro, Vermont.

Because I also teach mindfulness and meditation, I do my best to bring these practices into the classroom and into my own writing. A mindful approach to both learning and writing can offer us new ways of thinking about and seeing the world, and can lead to what poet Jane Hirshfield has called “acts of generative recombination,” whereby we actively invite disparate elements into our work to create forms that never existed before. 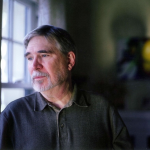 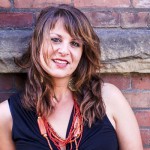 Megan Kruse grew up in the Pacific Northwest and currently lives in Olympia. She studied creative writing at Oberlin College and earned her MFA at the University of Montana. Her work has appeared widely in journals and anthologies, and her debut novel, “Call Me Home,” was released from Hawthorne Books in March 2015, with an introduction by Elizabeth Gilbert. She teaches fiction at Eastern Oregon University’s Low-Residency MFA program, Hugo House, and Gotham Writers Workshop. She was the recipient of a 2016 PNBA Award, and one of the National Book Foundation’s 5 Under 35 for 2015.

Nick Neely holds an MA in literature and environment from the University of Nevada, Reno, and MFAs in nonfiction and poetry from Hunter College and Columbia University. His first book, Coast Range–largely about the Rogue River area of southwestern Oregon–was a finalist for the John Burroughs Medal for natural history writing. His second book, Alta California, details his twelve-week trek from San Diego to San Francisco to retrace the first overland Spanish expedition through California. The recipient of PEN Northwest’s Boyden Wilderness Writing Residency, a UC Berkeley–11th Hour Food and Farming Journalism Fellowship, and an AAAS Kavli Science Journalism Award, Nick is an Assistant Professor of English/Writing at EOU. 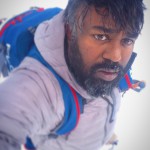 James Stolen grew up in the Grande Ronde Valley and has published work in Callaloo, Shenandoah, Bellevue Literary Review, Sierra Nevada Review, Outside in Literary and Travel Magazine, High Desert Journal, and Ghost Town, among others. Between 2008-2010 he served as a Peace Corps Volunteer in the Kingdom of Lesotho. He has taught previously at Virginia Tech and is currently a Visiting Assistant Professor at Eastern Oregon University. He is presently working on a collection of short stories and a novel. 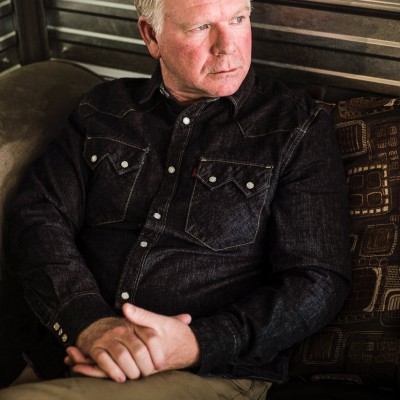 Robert Stubblefield has published fiction and personal essays in Dreamers and Desperadoes: Contemporary Short Fiction of the American West, Best Stories of the American West, Hayden’s Ferry Review, Left Bank, The Clackamas Literary Review, Cascadia Times, Oregon Humanities, Oregon Salmon: Essays on the State of the Fish at the Turn of the Millennium, Open Spaces, basalt, Talking River Review, and High Desert Journal among others. His most recent essay, “Wrecks and Shells,” appears in the current issue of Southern Humanities Review. Awards include a Georges and Anne Borchardt Scholarship from the Sewanee Writers’ Conference, Fishtrap Fellowship, and Imnaha Writers’ Retreat Fellowship. Robert grew up in Eastern Oregon and now lives in Missoula, Montana and teaches at the University of Montana. 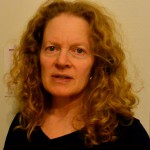 Jodi Varon is the founding editor of the award-winning basalt: a journal of fine & literary arts, as well as the founder and first director of the Eastern Oregon University low residency MFA. is the author of Drawing to an Inside Straight: The Legacy of an Absent Father (University of Missouri Press), a WILLA Award finalist from Women Writing the West. Other awards include a first place award in non-fiction from New Millennium Writing, The William Stafford Fellowship in Non-Fiction from Literary Arts, and two awards to publishers from Literary Arts for Calapooya and basalt. Her work appears in Rock & Sling: A Journal of Witness, New Letters, The Northwest Review, The Seattle Review, the High Plains Literary Review, WomenArts Quarterly, The Western Humanities Review, the Oregon Encyclopedia, among others.  Also a translator from the Chinese, her translation of the Tang Dynasty poet Li He are collected in The Rock’s Cold Breath: Selected Poems of Li He (Ice River Press). 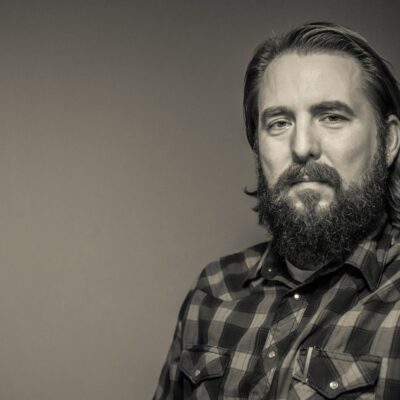 Joe Wilkins is the author of a novel, Fall Back Down When I Die, praised as “remarkable and unforgettable” in a starred review at Booklist and short-listed for the First Novel Award and the Pacific Northwest Book Award. He is also the author of a memoir, The Mountain and the Fathers, and four collections of poetry, including When We Were Birds, winner of the Oregon Book Award, and, most recently, Thieve. His stories, essays, and poems have appeared in The Georgia Review, The Southern Review, Orion, and The Sun. Wilkins grew up north of the Bull Mountains of eastern Montana and now lives with his family in western Oregon.

To submit your application materials for the summer 2021 residency, please go to the admissions page to learn how. We’re accepting applications from November 2th, 2020 until March 29th, 2021. Apply now!