Applications are submitted to and processed in the Registrar’s Office.

Any student who has been out of continuous enrollment must complete the returning student application form and be re-admitted before returning to Eastern Oregon University as a Student.

Once a re-admitted student becomes fully admitted he/she is subject to the current catalog year. All current catalog rules, guidelines, policies, and degree requirements will apply toward graduation. All transfer work will be re-evaluated under the re-admitted catalog year for transferability and general education consideration. All previously approved exceptions and program petitions will be null and void.

If the program you declared before leaving EOU is no longer offered, then you will need to declare a new program (major/minor/concentration) when you re-admit to EOU.

Students less than 15 credits from graduation with an approved graduation application submitted prior to falling out of continuous enrollment will be allowed to finish under their original catalog requirements. All originally evaluated transfer work will be honored as is, and any exceptions and petitions will be honored under the original date of approval.

If the original program curriculum (major, minor, concentration) is no longer offered at EOU, the Registrar’s Office will work with program faculty to plan a path forward allowing the student an opportunity to complete the original program. The exact number of credits required may exceed 15 and will depend upon the current catalog requirements. The revised degree plan must be approved by the college dean who oversees the existing program.

Returning students have the following three options for submitting transcripts from institutions attended since leaving EOU:

Email your transcripts to registrar@eou.edu

Fax transcripts to 541-962-3799. When faxing, the submitting institution must follow the OrACRAO FAX POLICY. All transcript materials must be submitted and received by the Registrar’s Office before the returning student application will be processed. 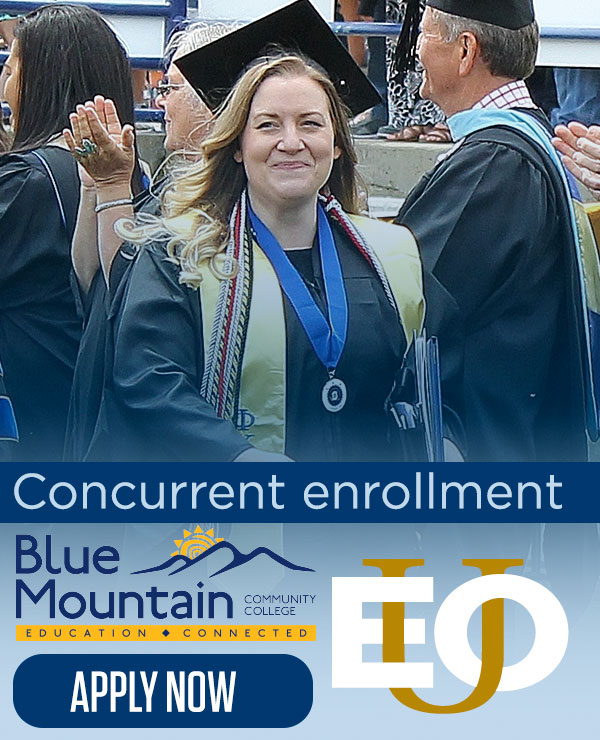 Looking for a seamless pathway from your community college to EOU?