June 3, 2022 LA GRANDE, Ore. – Tradition may be a cornerstone of academics, but what actually defines a student as traditional is not applicable to everyone. For two remote Eastern Oregon university students, their success transcends any restrictive ideas of tradition.

Mother and daughter pair hillary (who requested their name not be capitalized) and Victoria Dochow, non-traditional EOU students from Seaside Oregon, have been initiated into the Pinnacle honor society in recognition of their academic achievements.

“Pinnacle honor society is our non-traditional student honor society at EOU. Our age for who is eligible is 22 and over. These two are both online students, which is something we really appreciate. They are both excelling and have 4.0s. They’re not just a mother daughter pair, they’re academic super stars,” said Administrative Program Assistant Kate Gekeler.

Their co-academic journey started as a response to hillary’s dissatisfaction with the public-school system’s failure to adhere to her daughter’s IEP (Individualized Education Program). Pulling Victoria out of public school in junior high, the two shifted toward online learning where Victoria found significant academic success.

“I pulled her out of public school in junior high because they were constantly violating her IEP and told her that she was unteachable. Originally, they refused to do the autism testing on her until we went into an IEP meeting and asked for mediation…I tried to homeschool her on my own for the rest of that year. I then found the Oregon Virtual Academy and signed her up. That was the best thing that ever happened,” hillary said.

Though initially testing at only 4th/5th grade level when she entered junior high at the Virtual Academy, Victoria quickly found herself in the top 95 percentile of her online high school class.. Hhillary worked as her daughter’s academic coach and then college study partner when Victoria started classes at Clatsop Community College in the fall of 2018. hillary began classes at Clatsop in the spring of 2019 and both she and Victoria would join the Phi Theta Kappa (PTK) honor society. Both graduated from Clatsop in 2021 with associates degrees before transferring to EOU

“Me being in school is kind of weird. I started going to school because I was studying with her and then realized as she was getting ready to take finals that I could have been passing those finals too. It’s like we work as a team. It’s nice and the honor society thing is just awesome to be able to do that together,” hillary said.

Currently, hillary is a junior at EOU majoring in accounting and Victoria is a senior majoring in business administration with plans on opening a specialty food truck after graduation.

“For a student who was pulled out of public school for being told I was unteachable, mentally I can slap them across the face with it. It feels amazing because, to get somewhere after being told I would never get there is something that not many people get to do,” Victoria said.

Victoria and hillary were initiated into the Pinnacle honor society on May 18 as part of a hybrid virtual-in-person ceremony. Both continue to maintain 4.0 GPAs.

“This is what Eastern Oregon University, and our online programs are all about. Bringing people together, having students be an active part of our campus, even from afar, and providing opportunities for growth and recognition,” Gekeler said. 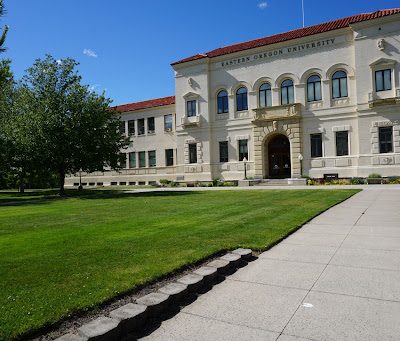 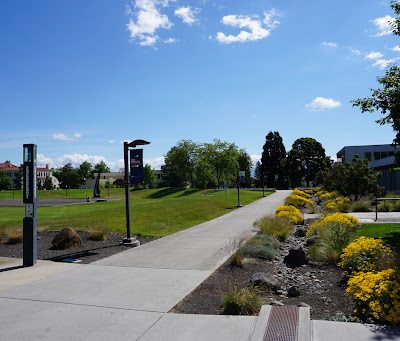 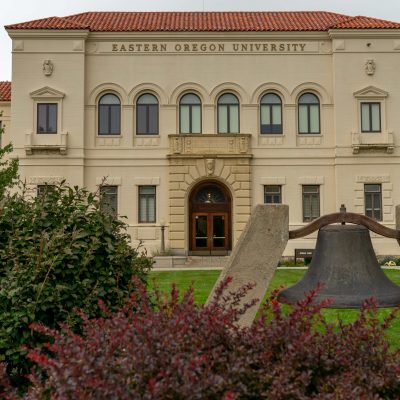