The Music Department at Eastern Oregon University strives to be a place where musicians of all interests and skill levels can come to participate and grow.  No audition is required to play in most ensembles, and opportunities for private study, both vocal and instrumental, are available to everyone.

At Eastern we believe that the way to prepare students for careers in music is through the study and practice of contemporary music.  That has become a primary focus in our music department.  Many of the old methodologies are gone, and have been replaced with a new approach integrating performance with improvisation, composition, history and theory that allows different backgrounds and stylistic interests to come together.

Our faculty represents a rich array of musical training, both traditional and non-traditional.  Working closely with students, they strive to individualize a plan of study, and to create paths for success based on student interest and the ever changing and expanding musical landscape.

As an example, many of our students have strong interest in both music and theatre, and Eastern has worked to blend those areas in a seamless way, with various options depending on your career ambitions.

However, if your desire is to focus on recording technology, music entrepreneurship, music ethnography, or music performance, Eastern Oregon University’s innovative and comprehensive music program can offer the right fit, with small classes, state-of-the-art facilities, and a devoted and diverse faculty.

If you are a musician who wants to transcend style categories, has a wide interest in all types of music and music-making, then Eastern Oregon University may be a great fit.  We can help you impact the musical profession of the future in new and interesting ways. 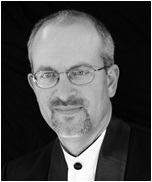 Dr. Wordleman is currently Professor of Music at Eastern Oregon University, where he teaches applied voice, conducts the EOU Chamber Choir, the Union County Children’s Choir and teaches conducting.  He is currently also serving as Associate Dean of Arts and Sciences.

Peter Wordelman holds a doctorate in conducting and a masters degree in voice from the University of Arizona, and a B.M. in voice from Oberlin College Conservatory of Music. He is a 2001-02 Fulbright scholarship recipient to Ecuador.  While in Ecuador he served as a guest faculty member at the Universidad Central and taught choral conducting classes to Ecuadorian choral directors. He was the 2001 recipient for the Distinguished Instructional Faculty Award at Eastern Oregon University.  He is the editor of a multicultural choral series published by earthsongs titled “Canciones del mundo.”  Dr. Wordelman is a past member of the faculty of the Interlochen Arts Camp and was a guest faculty member at the Universidad San Francisco de Quito in Ecuador during the spring of 2000.

As a conductor, he participated in the Oregon Bach Festival during the summer of 1997. He is an active adjudicator and guest conductor who has been invited to festivals in Washington, Montana, Idaho, Alaska and Oregon, and conducted a multicultural choral music reading session at the National American Choral Directors Association convention in 1997. As a singer, he performs frequently in eastern Oregon and was invited to the Rome Festival in Italy during the summer of 1995 to perform the role of Dr. Falke in “Die Fledermaus.” 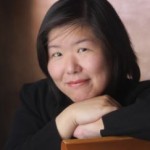 Mio Aoike holds a doctorate in piano performance from the University of Oregon, an MA degree in piano from the University of Southern California, and a BA from Reed College in Portland, Oregon. Her serious training in music started in graduate school, where she studied piano performance and keyboard collaborative arts and served as a graduate teaching fellow in vocal and instrumental studios. She has studied both piano and accompanying with Nellie Tholen, Stewart Gordon, Daniel Pollack, Alan Smith, and Victor Steinhardt. Aoike spent her early years abroad, participating in international music festivals and studying with teachers in Japan, Jordan, and Venezuela. Since settling in the United States, she has won awards and honors including: semi-finalist at the Portland Chamber Piano Competition, finalist at the Iizuka International Competition in Fukuoka, Japan, and finalist at the Hilton Head International Piano Competition.

As a member of the Uchida/Aoike Piano Duo, and winner of the Ladies Musical Club of Seattle competition, she toured throughout Oregon, Washington and Kyoto. She also toured with the Oregon Breeze Chamber Trio. She has appeared as a soloist with the Portland Chamber Orchestra and Grande Ronde Symphony Orchestra and participated in master classes of renowned artists, including: Joel Shapiro, David Bar-Illan, and David Shifrin. Aoike collaborates with artists at recitals and competitions organized by Music Teachers National Association, Oregon Music Education Association, and National Association of Teachers of Singing.

Since her appointment at Eastern Oregon University, she has been involved with various student recitals and concerts, including the Chamber Music Series, Missoula Children’s Theater, and EOU musical productions: The Last Five Years, The Phantom of the Opera, and Titanic. She also serves as an online instructor of music where she is constantly challenged by modern computer technology. She is an active member of the Oregon Music Teachers’ Association and was recently appointed chair of the Baroque Festival of the Blue Mountain District. 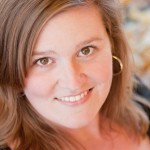 Jamie Jacobson is an Instructor of music for Eastern Oregon University and owns and operates a local private voice studio.  Mrs. Jacobson works with singers of all kinds, ranging from children to adults, from beginners to professionals with most of her students centered in the music department at EOU. She is extremely skilled at creating a course of study that serves each student’s unique needs.  Her former students are professional singers, voice teachers, choral conductors, music educators, church musicians, and early childhood music specialists.  Many have gone on to win awards, compete on the vocal stage, become music educators, and continue their vocal education beyond their four year degree.

Jamie Jacobson is a Certified Instructor of Somatic Voicework. Somatic Voicework™ The LoVetri Method is a body-based method of vocal training that draws from many disciplines. It is based upon voice science and medicine as well as traditional classical vocal training, complementary modalities such as yoga, movement, dance, acting, and speech training, and various bodywork approaches. Somatic Voicework™ is unique in that all of the vocal exercises are focused on function. It is based upon what the voice is doing, not just how the voice sounds.  This specific training has given Jamie the ability to “cross-train” vocalists to be comfortable in contrasting vocal qualities necessary for appropriate expression in various styles.

During her time at EOU, Jamie has had the opportunity to work with the Union County Children’s Choir, many local church choirs, serve as an adjudicator for several district solo and small ensemble contests, and is often invited to present workshops to local schools as well as extended education for current public school music teachers.

On the musical theatre stage, Mrs. Jacobson has been the music director or vocal coach for both community and EOU musical theatre productions including Fiddler on the Roof, Seven Brides for Seven Brothers, White Christmas, Little Women, Assassins, Phantom of the Opera, Les Miserables, The Secret Garden, and Jekyll and Hyde.

Jamie holds a Bachelor of Science degree in Music with an emphasis in vocal performance from Eastern Oregon University where she was presented with the Outstanding Music Student award in 2001. She then attended graduate school at Boise State University where she completed coursework towards a master in music degree in vocal pedagogy.  She is an active member of the Cascade Chapter of the National Association of Teachers of Singing (NATS) and seeks annual professional development based in vocal science and pedagogy in order to provide up to date instruction for her studio students. 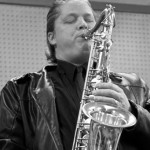 Greg Johnson holds a Bachelor of Music in Jazz Studies from the University of North Texas.  He is an active saxophonist in Northeast Oregon, playing jazz, rock, blues and classical music in a variety of contexts. While at the University of North Texas, he studied with James Riggs and was a member of the Two O’ Clock Lab Band and the Dallas Jazz Orchestra.  Johnson was the winner of the 1987 Region IV North American Saxophone Alliance Young Artist Competition and has performed with Pete Christlieb, Bobby Shew, Gary Foster, Richie Cole and Jeff Coffin. 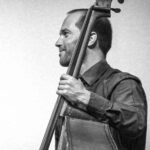 Luke McKern is a multi-instrumentalist and sound engineer.  His areas of expertise include electronic music, live looping systems, acoustic and electric guitar, upright and electric bass, and percussion.  His instruction of African drumming ensembles at EOU have been informed by his attendance at multiple workshops with Mamady Keita, Famodou Konate, and Karim Koumbassa.  Luke performed on National Public Radio’s Prairie Home Companion and was featured on Oregon Public Broadcasting’s Oregon Art Beat.  After spending a year in post-Katrina New Orleans, Luke began sharing the rich musical culture of New Orleans jazz with La Grande, directing The Depot Street Syncopators at annual Mardi Gras events. Luke performs regularly throughout the region in a wide variety of bands and music productions.  Luke holds a Bachelor of Science in Music and a Masters of Arts in Teaching from Eastern Oregon University.