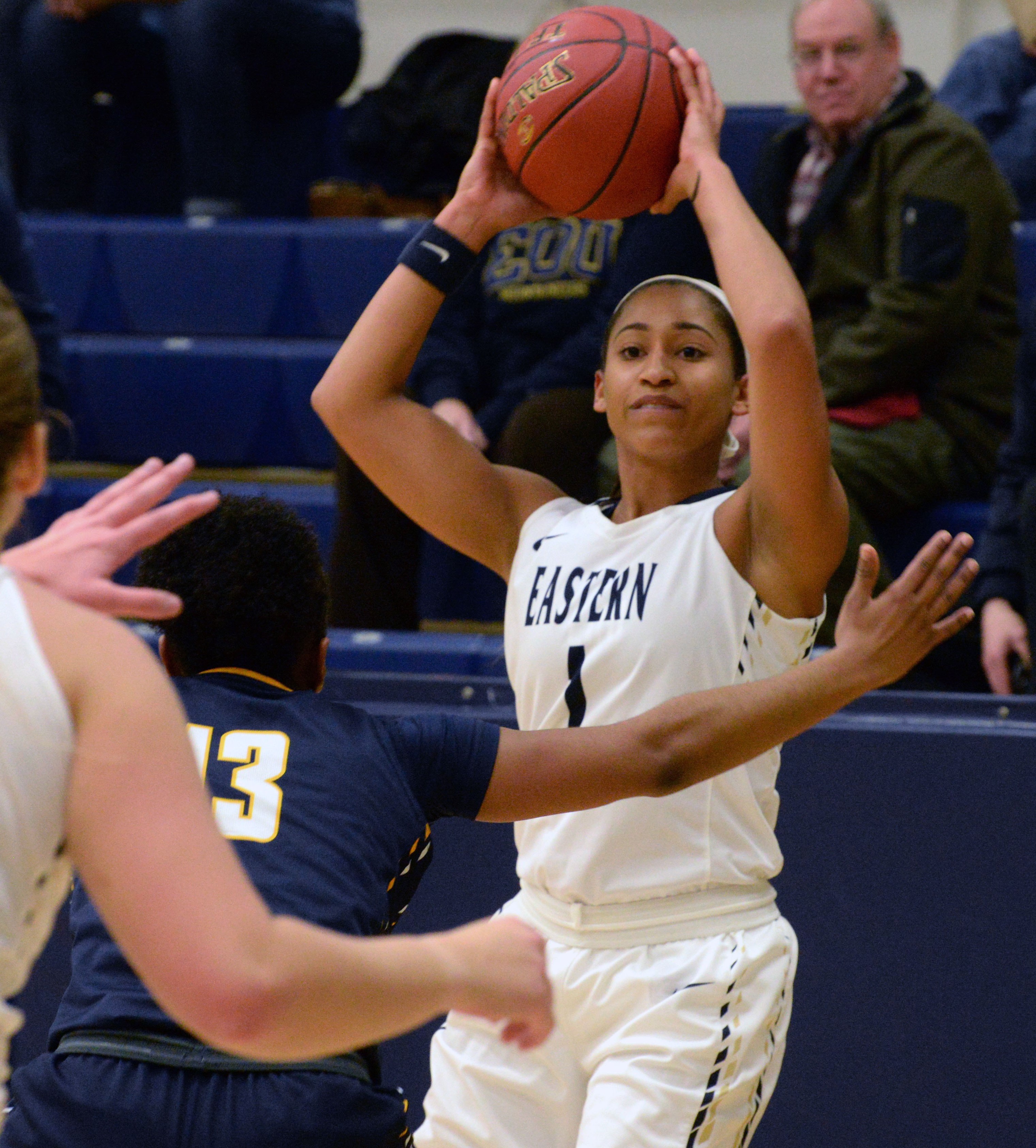 Maya Ah You Dias earned national honors for her character on and off the court.

Only a few high school sophomores could be said to have grace and maturity, and even fewer of them grow up to earn one of the nation’s most prestigious awards for personal character. Maya Ah You Dias, a junior on Eastern Oregon University’s women’s basketball team, is that student.

Coach Anji Weissenfluh said she recognized Dias’ talent early on, but was truly impressed by the young player’s personality.

“I knew she was an extraordinary person from the time I first met her,” Weissenfluh said.

In September, Dias received the NAIA’s Leroy Walker Character Award for outstanding academic achievement, campus and community leadership, athletic achievement, ambition and embracing the five core values of the NAIA Champions of Character initiative: integrity, respect, responsibility, sportsmanship and servant leadership. The league selects one student-athlete out of 65,000 each year to receive the honor.

“Bringing a character award to our campus means so much,” Dias said. “The core values of the Champions of Character are something we strive to exemplify every day at EOU, and knowing that our efforts are being acknowledged is very rewarding.”

High standards of achievement reached the court this season, too. Dias broke the 1,000-point barrier in January alongside teammate Payton Parrish, and Weissenfluh claimed her 400th career win a month later. The team’s momentum carried the Mountaineers to finish the regular season 20-0, a first in Cascade Collegiate Conference history.

After winning the conference championship, improving their record to 23-0 in conference play, the team advanced to the NAIA national tournament. Weissenfluh, named CCC Coach of the Year for the sixth time, led the Mountaineers to the second round of the tournament, where the team’s 25-game winning streak came to an end with the 2017-18 season.

Dias said she treasures the relationships she’s built on campus. A psychology major from Middleton, Idaho, Dias has spent five years in La Grande and has developed deep ties to the community.

“The connections I’ve been able to make with teammates, athletes, students, coaches and professors while being a student at EOU is the most special thing I’ll take away from here,” she said. “I never could have imagined the amount of lifelong friends and inspiring individuals I would meet throughout my college years.”

“The amount of things you can accomplish as part of the EOU community is amazing. There are so many people willing and waiting to help you accomplish your goals!”

Each athletics program at EOU makes intentional effort to practice service leadership through outreach events and demonstrate the core values in words and actions. Weissenfluh said Dias’s teammates look to her for an example of how to live by the NAIA’s core values on and off the court.

“She epitomizes the core values of the Champions of Character program,” Weissenfluh said. “She is a wonderful role model for not only the La Grande community, but in her hometown as well. She comes from a family where service is valued and she has taken it upon herself to continue a tradition of helping others.”

The Mountaineer Athletic Association, an affiliate of the EOU Foundation, recognized Dias with a one-time $500 scholarship in December to celebrate her status as a role model and recipient of the character award. As part of the recognition, the NAIA contributes $1,000 to the school’s general scholarship fund to benefit students and student-athletes.

Named CCC Player of the Year, Dias led the All-Conference team and took the top spot in the CCC for points per game (18.9) this season. She encourages every student to be actively engaged in everything EOU has to offer.

“The amount of things that you can accomplish by being part of the EOU community is amazing,” she said. “There are so many people who are willing and waiting to help you accomplish your goals!”

Weissenfluh said the NAIA’s core values sum up “the most important part of our jobs as coaches,” instilling those lifelong character traits into students’ words and actions. She said they come to Dias naturally.

“It’s part of who she is. It’s not something that she’s trying to be recognized for, it’s what she’s truly about,” Weissenfluh said. “We’ve gotten to see Maya being Maya.”

Learn more about Maya and keep up with all Mountaineer athletics at eousports.com.

« Man with a Mandolin | Mountaineer Tracks »