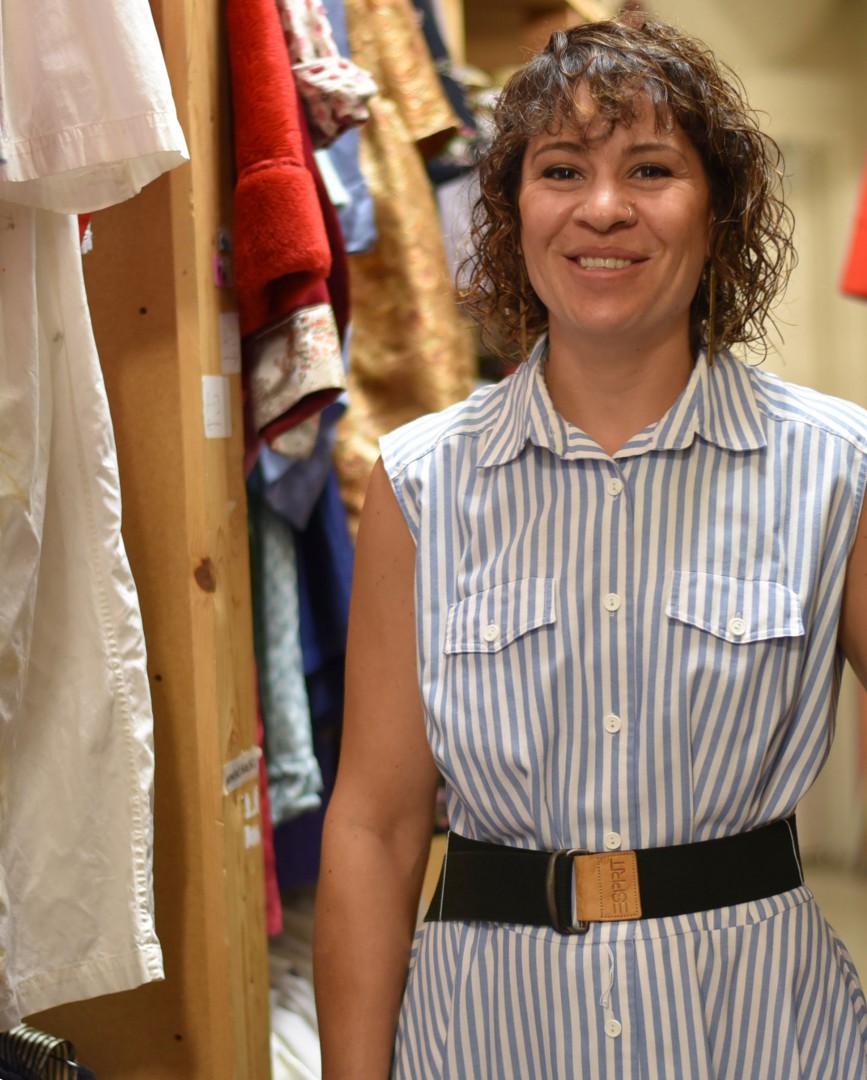 Heather Tomlinson in the costume closet

Courage and charisma can get a theatre production pretty far, but there is one thing every actor depends upon: a costume. Centerstage stars and background extras alike rely on clothes that fit, function and help tell the story, said Heather Tomlinson, a member of EOU’s theatre faculty for almost a decade. “You can’t go on stage without costumes,” she said. “Every single person needs one.” That constant need has generated a sizeable inventory that varies from metallic to medieval, from breeches to boatnecks, and from ruffles to rollerblades. Tomlinson keeps the countless garments clean and organized between shows. She teaches Fundamentals of Costuming, where many students learn to sew for the first time. After a few weeks of practice, they help assemble costumes for an EOU production. But Tomlinson said costuming reaches far beyond cutting and sewing. First she reads through the script, noting seasons of the year, character traits and any descriptions of clothing. Then she does the research — a lot of it. She considers social class, historical era and location, gathering binder-fulls of images for reference. Next, she sketches the designs. After about three weeks spent building and fitting costumes, they debut at dress rehearsal just days before a premier. “Nobody sees your designs,” she said. “The audience just sees what’s on stage, but there are a lot of little details in between.” Tomlinson oversees costuming for all EOU productions, often piecing things together in off-hours and coaching new seamstresses through mishaps. In the end, though, she said all the extra effort is rewarded when a student becomes passionate about costuming. “I love seeing that excitement mirrored in someone else,” she said. 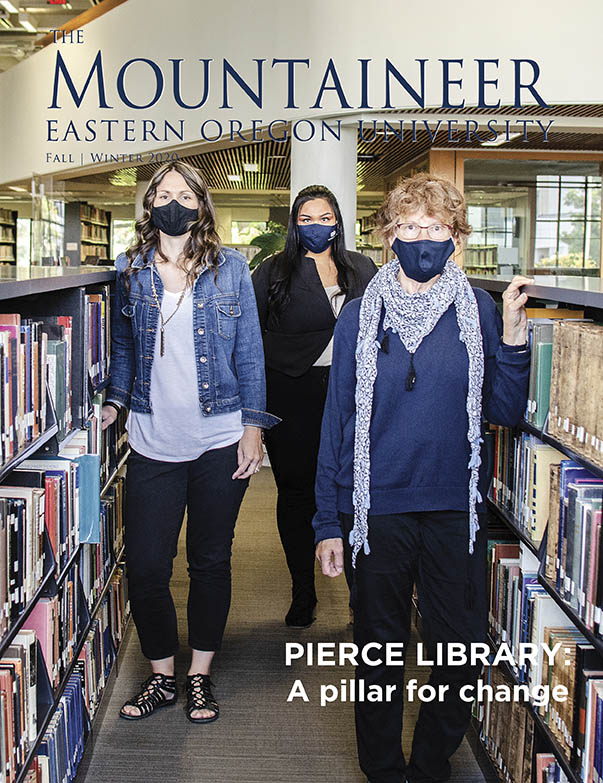