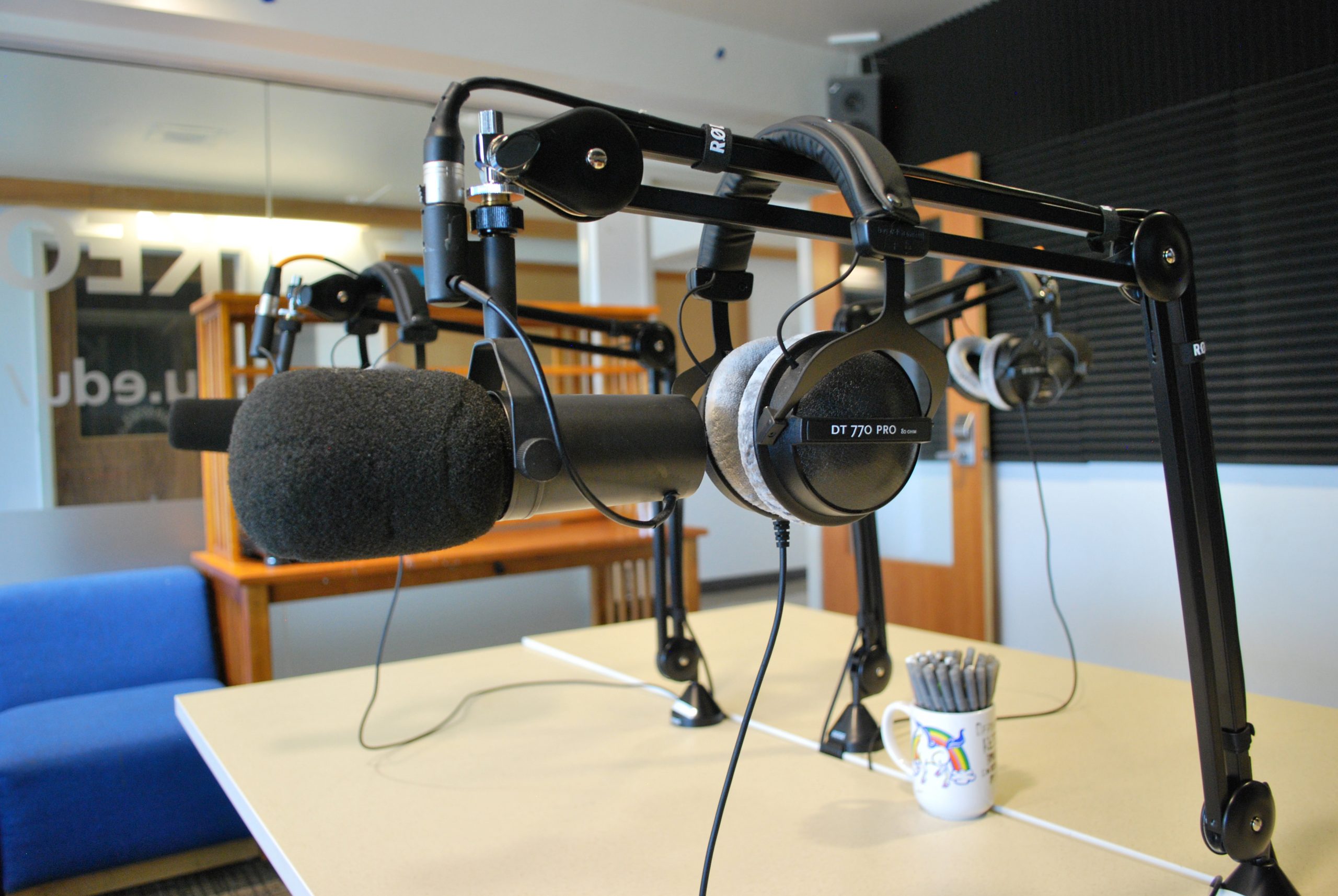 The KEOL Podcast Studio is a full-service digital broadcast audio production center, located in the heart of the main EOU campus in La Grande. The studio is available for use by EOU students, faculty and staff for the production of podcasts and other professional voice recordings.

On September 30, 2021, Eastern Oregon University, licensee of KEOL, 91.7 mHz, La Grande, Oregon, filed an application with the Federal Communications Commission for renewal of its broadcast License. Members of the public wishing to view this application or obtain information about how to file comments and petitions on this application, can visit public files.fcc.gov and search in KEOL’s public file.

KEOL started as an idea by a couple of Eastern Oregon State College (as it was known then) faculty members. Shortly thereafter, a KEOL Club formed, before the station even started broadcasting.  The club meetings were held in the living room of the station’s first faculty adviser, Dave Gilbert. In fall of 1973, KEOL received it’s first license from the FCC to broadcast as KEOC,  91.1 FM. At that time, KEOL was housed in Hoke Union Building. From 1976 until 1991, KEOL was located in Pierce Library. It then moved to a bungalow on the north side of Pierce Library, in 1991. During the summer and fall of 2015, KEOL moved to its current location on the third flood of Hoke Union Building. The studio had a brief stint in Hoke 327, while the permanent studio was being finished. Throughout its over 45-year history, the station has collected more than 21,000 records and 30,000 CDs. There have been more than 1,500 DJs volunteering at the station as well (including community members and EOU students). The station is a non-profit organization.  It is classified as a free-form college radio station,  meaning that there are no corporate sponsors. All the music played is solely up to the DJs. When live DJs are not on the air, a computer-automated DJ, plays a wide variety of music. KEOL is a student and volunteer-run organization. There are several management positions at KEOL, including: Faculty Adviser, Station Manager, Music Director, and Community Liaison. Station Manager is a paid student positions. Currently, Music Director and Community Liaison are both volunteer positions, held by community members.