Dancing in a new language

“It is something I had only ever seen in movies,” Brittney Hamilton said. “This activity does not exist where I come from.”

Cheerleading was far from the kind of dancing Hamilton, a junior studying business at EOU, had been doing in Saipan. This year, though, she embraced it and became the first Pacific Islander selected for the Mountaineer Cheer and Dance Team.

Hamilton now expresses herself in two forms of movement — one that honors her native culture and one that developed on the U.S. mainland. She has performed traditional dance and fire poi in the Island Magic Show and the International Dinner and Show.

“Dancing is a way to protect and respect where I come from,” Hamilton said. “It is our responsibility and duty to inform people of our existence, and dance is how we share ourselves with this community.”

The first time she saw cheerleaders, Hamilton said it sparked her curiosity. She was nervous to try out because the style of dance was so different from what she’d experienced in Saipan. Ultimately, the opportunity to dance again drew her in.

“It took a lot of courage for me to put myself out there like that,” she said. “In cheerleading, the dance moves are solid motions and back home dancing has more fluid motions.”

Some members of Hamilton’s hometown questioned her actions since this type of dance was unfamiliar to them.

“My friends were telling me not to do it, but I knew I had to do it for myself,” she said.

Cheerleading keeps Hamilton motivated and occupied, she said. The team practices four days a week for two hours at a time, plus three workouts at the gym each week. In her position as a base, Hamilton focuses on arm and leg exercises to prepare to lift fellow student-athletes in the air. She and her teammates have to maintain stamina and strength.

Out of all of the sports Hamilton has played, she believes cheerleading requires the most trust between team members.

“I don’t think cheerleading is any different than other sports teams in the sense that we all have responsibilities, trust, sportsmanship, honesty, integrity and other values that create a winning, positive team… those are the values we all share,” she said.

Hamilton’s team extends beyond the cheer and dance squad. A network of alumni from the Pacific Islands first connected her with EOU.

“I saw I could get the same degree with the same authenticity here as opposed to
at another university,” Hamilton said. “I also wanted to experience all four seasons. I was
amazed by the snow.”

Winter weather was another phenomenon she’d only seen on-screen before Hamiltonarrived in Eastern Oregon. With plans to offer marketing services or start her own business in the islands, Hamilton has learned to keep one foot dancing in each culture.

« Baseball: Back at EOU | Building character » 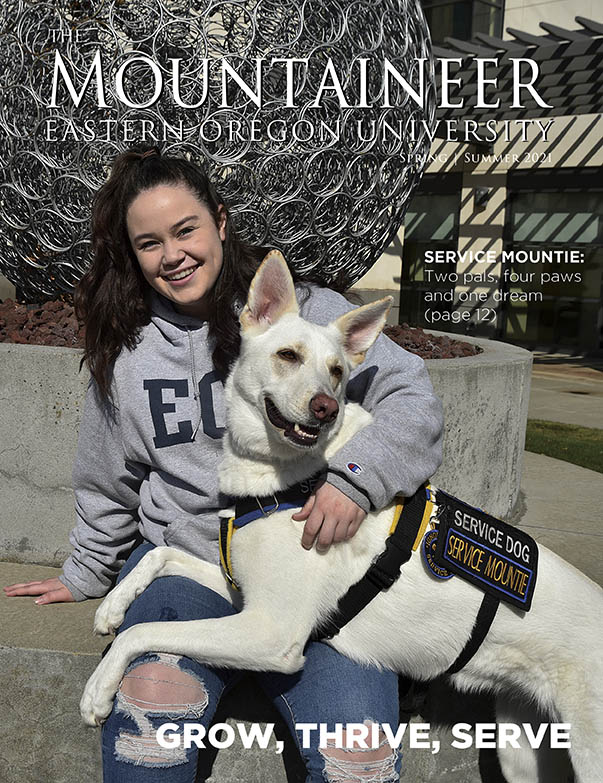