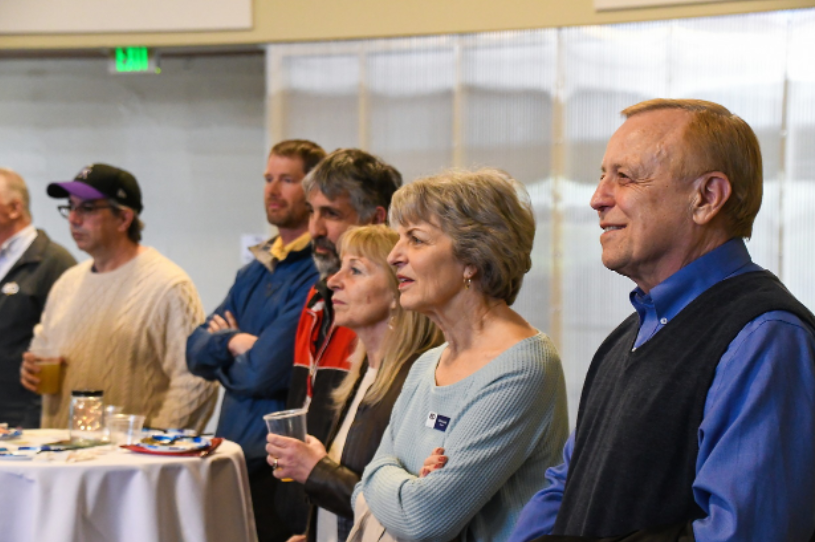 The past two and half years have been a financial and mental struggle for individuals and institutions alike. Eastern Oregon University along with students, staff and faculty are no exception. Ongoing economic fallout from the COVID-19 pandemic has, despite the best efforts of administrators, continued to strain EOU financially. In particular, tuition drop off due to remote learning mandates has continued to cause a level of financial concern for the university. As a result, the EOU board of trustees during its May 18-19 meeting unanimously approved multiple increases in tuition rates and student fees in an effort to offset the financial deficit for the 2022-23 fiscal year.

These changes primarily come as a result of ongoing general cost increases for the university 13% more  in total expenses in the last year, along with previous drops in tuition caused by COVID-19 and growing financial constraints due to inflation. During the May 19 session, Finance and Administration Committee (F&A) representatives particularly emphasized that EOU’s business model is not ideal for reacting quickly to the current inflation trends. Though the board projects a 9% increase in enrollment next year and a corresponding $1.77 million dollar in gross additional tuition due to projected enrollment increases, the final EOU Budget deficit is still projected at approximately $2 million dollars. EOU President Tom Insko even clarified that the predicted fund balance for the end of next year is a serious risk and, under normal circumstances, would be unacceptable. Currently, it is hoped the predicted increase in enrollment trends will allow for a future correction of the deficit.

It should be noted, however, that the fee and tuition changes were not made lightly. In the build up to the final decision, four meetings were held with the Budget Planning & Tuition Advisory Committee. Three student/community wide open tuition forums were hosted along with a single meeting with ASEOU (Associated students of Eastern Oregon University) leadership along with various meetings with EOU Cabinet, and Finance & Administration Committee. Preliminary outreach to the student body, according to F&A representatives, shows that EOU students are understanding of the deficit, don’t want to lose services and programs, but are, as expected, not happy about the increase. Concerns were also raised by trustees that potential students lacked an easily accessible and comprehensive way of directly comparing tuition and fee rates between EOU and other Oregon universities.

Along with the aforementioned fee changes, room and board rates will also increase by 3%.  This is part of an ongoing plan by Residents Life and Housing Operations to maintain a maximum 3% annual increase in board rates in contrast to other Oregon universities who are reportedly looking into a 5% annual increase. Like with the tuition and fees, increasing expenses and inflation concerns were sighted as warranting the increase. Sodexo, EOU’s catering and services partner, even requested a 3.53% increase to board rates as their own operation expenses have gone up 7.21%.

Concerns were raised by some board members about the current trend of students choosing to live off campus for cheaper and how EOU plans to entice its student body into on-campus residency. Student Trustee Cedric Real sighted the stigma that only freshmen and inexperienced students choose to live on campus. Frustration that freshmen cannot purchase campus residency without purchasing a meal plan was also sighted. Conversely however, it’s estimated that EOU campus residency will be at capacity by 2028 and that significant resources will be needed to manage potential overflow and allow future expiation.

With any luck, the approved fee changes will be enough to offset growing cost deficits as EOU, along with the rest of the state, recover from pandemic induced financial difficulties. Of course, this is not ideal for students, especially the potential personal financial difficulties they may be facing. However, the alternative of further cutbacks to campus amenities and activities, such as athletics and the various SFC funded clubs, seems to be a non-option for trustees and students alike.