From DJs to Podcasters

A Reflection on the KEOL Relaunch 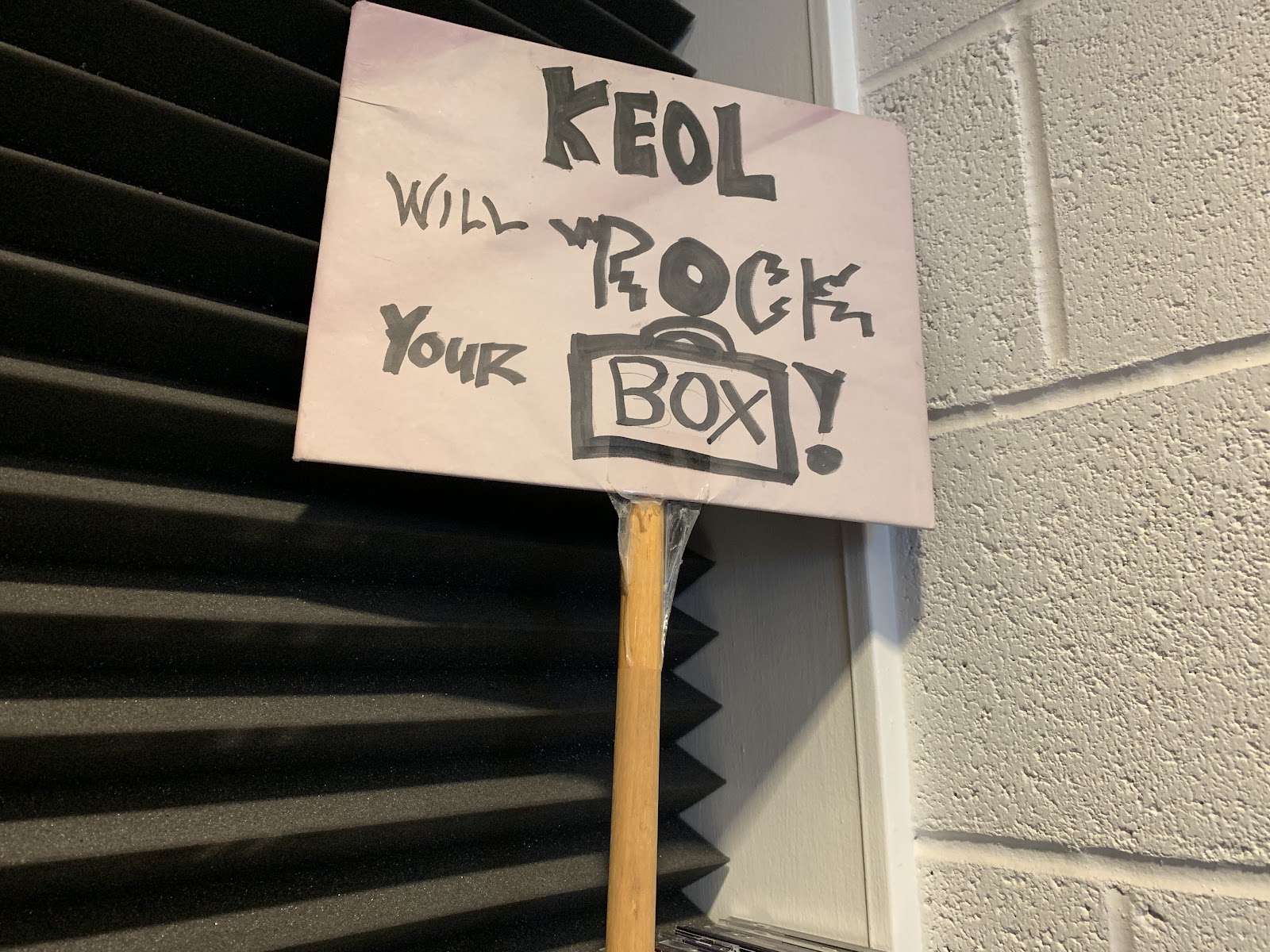 No media outlet or technology stays relevant forever, at least not in terms of mainstream usage. New platforms are constantly making their way into mass adoption, while the cultural juggernauts of old eventually step down from their time at the forefront of public consciousness. Nearly a year to the date, the Eastern Oregon University Student Fee Committee (SFC) decided that live radio broadcasting had finally had its day, discontinuing funding for the student-run campus radio station, 91.7 FM, KEOL. While at the time a disheartening, though not unexpected, end to an iconic piece of campus culture, fans of KEOL and student media now have a new development to look forward to. Though the days of bombastic student disc jockeys are over for EOU, the university has announced a relaunch and rebranding of KEOL as a podcast studio.

The official public confirmation for the new studio was published on May 6 (written by yours truly), and details the reasoning for the transition along with the current framework for the new studio. Likewise, a new web landing page to replace the now defunct KEOL page is being developed.

What is currently publicly known is that the new podcast studio will uphold the old KEOL title and reuse the old/current KEOL studio on the third floor of the Hoke Union Building. Live broadcasting will, as expected, not be part of this new studio, with podcasts instead being recorded and edited separately and published by EOU. Participants will also be free to mix and edit recordings at alternative locations as they see fit.

Notably, this new studio will be freely accessible to students, faculty and even EOU alumni, though all eager podcasters will need to submit a written proposal for review by the university, including topic details and a schedule. What the final review process will look like, as well as any potential standards or restrictions, has not been publicly confirmed. Additionally, the proposed studio hours are 7:00 a.m. to 9:00 p.m., though these are likely to change once the studio goes live. Further, the listed equipment for the studio as of April 5, 2022, includes the following:

Again, this catalog is likely to shift and expand as the project progresses but should be more than enough to handle expected recording and editing sessions. Additional information, including the studio launch date, is expected to be released around the end of spring term 2022.

Also of note, the new studio will not be an SFC funded unit like its predecessor, but instead will be funded and managed by the EOU Marketing Department, a division of University Advancement.

As someone who, putting it lightly, disagrees with the SFC’s judgment of the value of its student media units, this effort by Marketing to take the helm of KEOL’s success is a welcome change. However, the various lessons learned from the prior KEOL shutdown are just as, if not more relevant as they were a year ago.

At the forefront of the new studio’s mission is the hope by university administration that KEOL will not just be a fun venture, but one that can foster relevant media and broadcasting skills in a digital age. Emphasized is the idea of experiential learning and getting hands-on experience that, in this instance, cannot be replicated in a classroom setting. Vice President for Student Affairs Lacy Karpilo said it best in a prior interview:

“Having that hands-on experiential learning is so important. The act of understanding how you make a podcast, what makes a good podcast, what goes into that podcast, what type of licensing or permissions do you need to do that, how do you create a good podcast, how do you choose a topic? I think that experiential learning where you’re actually physically doing it and creating a product is very powerful for learning, and it’s something that students can take with them in the future and say ‘I’ve actually done podcasts. I have this knowledge, this experience.’”

Of course the studio will be open to more than just students, but it is worth mentioning that an apparent lack of developmental opportunities for post education skills was one of the major criticisms of the old KEOL, with former SFC chairman Zach Cahill stating in a March 6, 2021 article with The La Grande Observer, “It thus does not make sense for KEOL to continue operating because the students working there would not be developing skills that would help them as they pursue careers after college.”

While it could be, and was unsuccessfully, argued that the old KEOL did offer opportunities to develop practical skills, it is clear that the university sees podcasting as a much more applicable and relevant environment for students to do so. Given the hands-off managerial nature and workflow of the old studio, barring FCC guidelines, this is understandable.

The subject of studio management brings about the next point of reflection from the prior shutdown, that of transparency and communication. After former KEOL manager Joel Chin stepped down at the beginning of fall 2020, there was an abrupt internal communication blackout that lasted until the studio’s final closure in July 2021. DJs were not informed by either the university (who themselves were mostly left in the dark) or remaining KEOL student management about any facet of the studio shutdown or even the tragic passing of longtime KEOL advisor Michael Williams.

So far, EOU has made good on communication surrounding the relaunch. Though plenty of specifics are not public at this time, my own work on the prior press release and the upcoming web page creates a narrative of cautious enthusiasm about the more experimental nature of the project compared to the old station.

Rantings of prior frustration aside, what this all means is that, from the looks of it, the new studio already has both a dedicated support base from the university and a clear set of goals in mind for how it can best serve the student population. While no longer subject to SFC priority of reach and marketability, campus media projects like this still rely on resonating with students and providing them both memorable and useful experiences.

In the end only time will tell if the KEOL Podcast Studio can garner campus and community interest and rectify the numerous shortcomings that plagued 91.7 during its twilight days. Overall, though, there is hope and enthusiasm that this studio can become a cornerstone of campus media and a coveted piece of a student’s educational career.

The official EOU press release on the KEOL studio can be found at: https://www.eou.edu/news-press/from-one-studio-to-another-keol-lives-on/

Read the coverage of the original KEOL shutdown at: https://www.eou.edu/voice/2021/05/26/dead-waves-and-deaf-ear/