The History of the Blue and Gold

Nestled in a small farming community in Oregon, the history of Oregon’s Rural University can be told through generations of graduates, historic buildings, and even a set of memorable steps upon which many graduates once stood to share in the joys of completing college and earning a degree. Eastern Oregon University is a beloved campus; it is the heart and soul of the small town of La Grande. 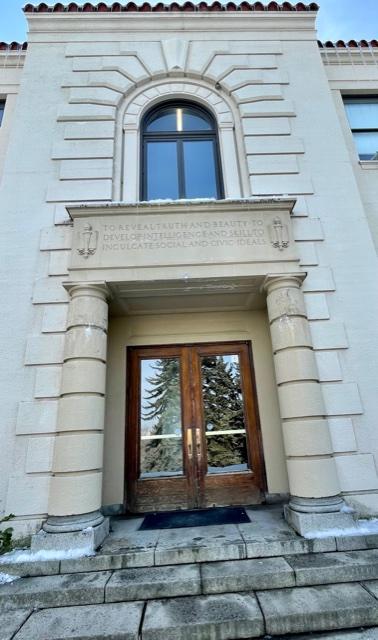 Entrance to Inlow Hall, near the Grand Staircase. Picture by Jillian Hoefer.

Now, in 2022, almost 95 years after the doors opened to the single building which still stands today, Eastern Oregon University offers over 21 online degrees, with over 37 degree offerings in total. Nearly 3,000 students attend EOU, and students come from all over the world to experience the Eastern Edge.

Hail, Eastern Oregon
Pride of the Blue and Gold
We stand before your majesty
With friends both new and old
You shine upon the hillside
A beacon where’ere we roam
Forever in our hearts and minds
Your mountains call us home
Hail Mountaineers, we sing to thee
Our voices rise in harmony
Send forth a cheer from East to West
Of loyal truths, and truths request
In your unfading beauty
We seek to keep you strong
We praise these hall of learning
Our Eastern Oregon.