GIVE NOW TELL ME MORE THE IMPACT

“It’s time for our facilities to mirror our success.” 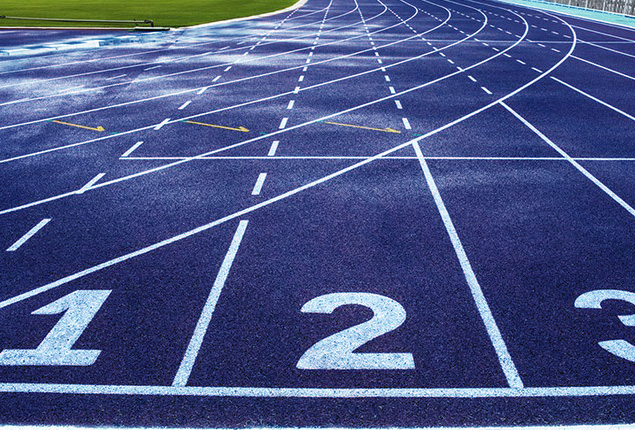 These facility updates will have a very positive impact on many fronts as it will allow us to recruit, retain and keep even more high quality athletes healthy in their time as a Collegiate Athlete.”

YEARS SINCE TRACK HAS BEEN RESURFACED

MILES TO HERMISTON AND BACK, WHERE “HOME” TRACK MEETS ARE HELD

EVENTS HELD IN COMMUNITY STADIUM IN 2017 BECAUSE OF FIELD CONDITIONS

OF THE MONEY LEFT TO RAISE

Building champions on the field, in the classroom and in life.

Mountaineer athletics will be performing at a new level when major upgrades to Community Stadium and the track and field space are completed. This campaign is truly a “game changer” for the university and the community.

Currently, the natural grass in Community Stadium limits use to fewer than a dozen EOU and high school games per year. The new synthetic playing surface is able to host a dozen events per week. It enables EOU to add men’s and women’s soccer matches to the stadium site as well as soccer events for La Grande High School. It also opens up possibilities for university and community clinics, camps, tournaments and intramural sports. EOU would also become eligible to host post-season play for high school and collegiate sports.

Although it boasts multiple national champions, EOU’s campus track and field team has been forced to host conference competitions off campus for the past several years, due to the condition of current facilities. The new track surface will offer a dramatic increase for improved access and performance and enables EOU to once again host collegiate meets in La Grande and make EOU, La Grande, and Union County a preferred destination.

“This project would not be possible without the generosity of our donors, and we are very grateful for their support of Eastern.”

Give Now to Support Champions!