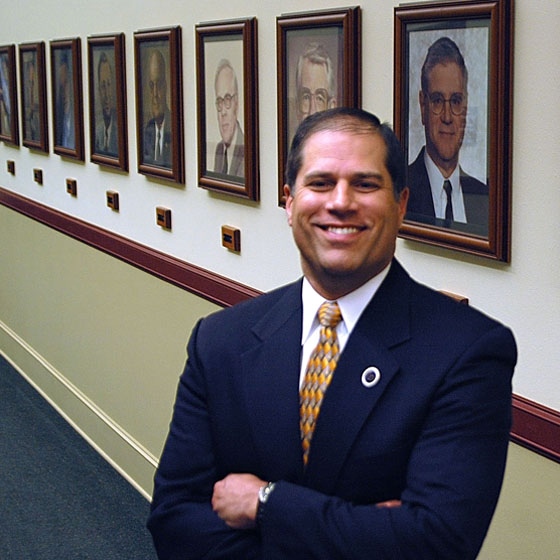 Tom Insko was named the 12th president of Eastern Oregon University May 12, 2015 and formally began serving in his new role July 1, 2015.

A native of eastern Oregon, Insko grew up on a family farm 35 miles north of La Grande. He is a graduate of EOU with degrees in mathematics and business economics and played intercollegiate basketball for the Mountaineers. He holds a master’s of business administration from the College of William and Mary in Williamsburg, Va.

Insko worked for Boise Cascade for 20 years holding positions of administrative analyst, plant manager, production manager, senior financing manager, region manager and area manager during his tenure. His most recent responsibilities included all operational aspects of the inland manufacturing facilities, as well as the sales organization for the composite panel business. He also managed state and federal forest policy activities for the company.

Insko was appointed by the governor to serve as a member of the Business Oregon Commission, the Northeast Oregon Regional Solutions Committee and the EOU governing Board of Trustees. He serves on the Western Resources Legal Center board of directors and is past president of the EOU Foundation. Additionally, he served from 2012-2018 on the Oregon State Board of Forestry.

Getting to know
President Insko

In the fall of 2015, President Insko sat down with our managing editor of The Mountaineer Magazine to share his distinctive experience and approach to ensuring EOU’s success in a new era.