Eastern Oregon University > Academics > ‘We Will Rock You’ opens Nov. 14

A rock concert with a storyline: ‘We Will Rock You’ opens Nov. 14 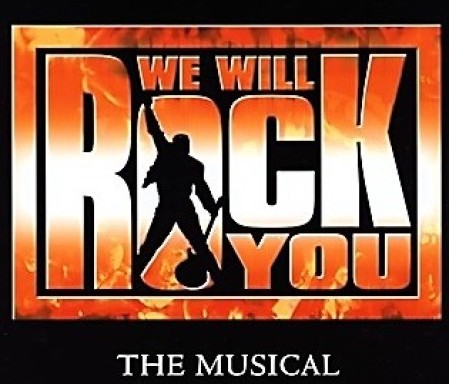 Nov. 8, 2019 LA GRANDE, Ore. –  Since classes began, theatre students at Eastern Oregon University have been preparing for their fall production of “We Will Rock You.”

Strategically chosen by theatre professor Mike Heather and music professor Peter Wordelman, “We Will Rock You” has something for everyone. Heather, who directs the show, called it, “a rock concert with a plot and a love story.”

The rock music of Queen is strung into a story. Since forming in 1970 in London, the band spread its reach world-wide. With the release of “Bohemian Rhapsody,” a movie depicting the life of the lead singer Freddie Mercury, “the production is topical and relevant,” Heather said.

The theatre department has been known to connect EOU and the greater community through musicals and plays, fulfilling its role as “the cultural hub of the region,” Heather said.

Between 20 cast members, the EOU Chamber Choir and a five-piece rock band, “We Will Rock You” promises high-quality vocals, spectacular dance numbers, and exceptional production quality.

“We have a lot of students that are going the extra mile to ensure this is a great show,” Heather said.

Productions like these are performed by a variety of students. With open-auditions to students on campus, a wider range of characters are selected for the show. Heather said he strives to “stay away from molding students into something they are not,” rather “bring out the talents they already have.”

Some theatre students perform as part of their senior capstone project. Heather noted how much he has seen his seniors grow. He said demanding performances like this one allow upperclassmen to be leaders, show what they have learned, and enrich the academic experience.

Heather said he’s excited to see months of work come to fruition. All of the entities that make a production happen stay separate until a few weeks prior to the show.

“When everything comes together, that’s when the magic happens,” Heather said.

EOU students have free admission with their ID, and general admission is $15. Tickets can be bought online through the theater department or purchased at the box office located in Loso Hall.