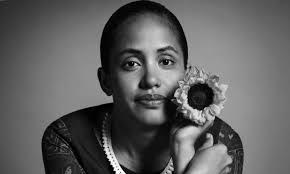 EVENT CANCELLED DUE TO ILLNESS

Named a Climate Warrior by Vogue in 2015, Jetñil-Kijiner is well-known for her advocacy in regard to climate change and its existential threat to island nations like her own. She participated in the opening ceremony of the United Nations Climate Leaders Summit in 2014, where she addressed the international body and read her poetry.

Jetñil-Kijiner’s first collection of poetry is “Iep Jāltok: Poems from a Marshallese Daughter,” which was published in February 2017. Pulitzer Prize winner Alice Walker praised the book, calling it, “A book to be read slowly. Savored. Admired for its precision of language and emotion.”

Publisher’s Weekly also wrote a glowing review, saying that Jetñil-Kijiner, “…presents women’s stories — from her mother, grandmother, herself, and others — to re-center an indigenous feminist contemplation and resistance against state-sanctioned violence.”

Jetñil-Kijiner performs many of her poems on YouTube including “Anointed” and “Tell Them.” A talented poet and environmental activist, Jetñil-Kijiner also co-founded the non-profit organization Jo-Jikum, which aims to “empower Marshallese youth to seek solutions to climate change and other environmental impacts threatening their home island.”

Jetñil-Kijiner’s talk is the latest installment of the Carl and Sandra Ellston Ars Poetica Literary Lecture Series, and is co-sponsored by the EOU Foundation, the EOU Multi-Cultural Center and Oregon Rural Action. The lecture is free and open to all.

Copies of “Iep Jāltok: Poems from a Marshallese Daughter” will be available for sale and signing by the author after the reading.