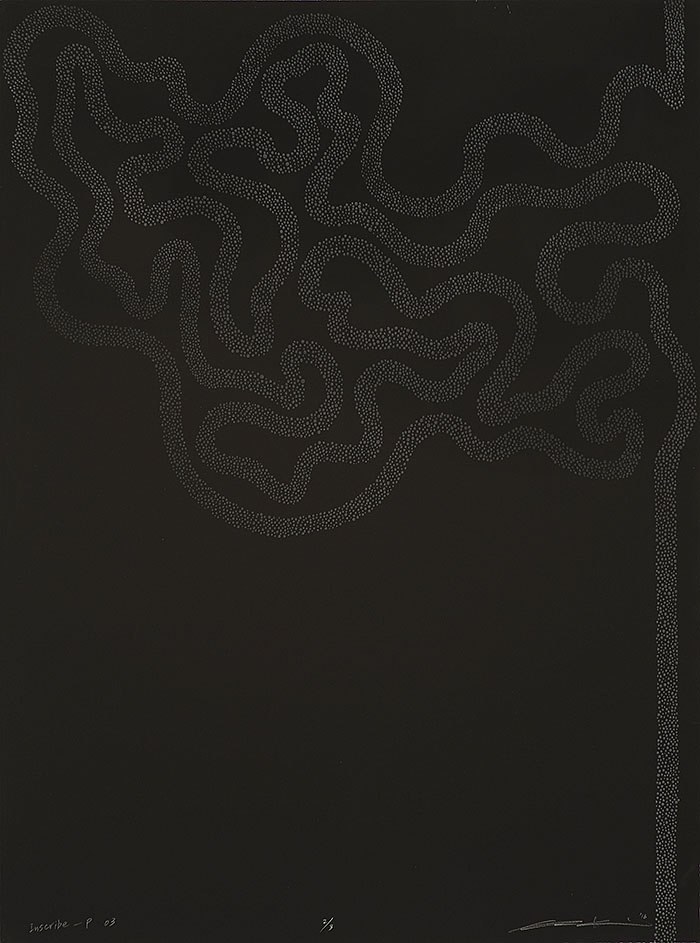 Kitai will give a demo and lead a workshop in Kerri Rosenstein’s screen-printing class at 1 p.m. in Loso Hall, Room 210B. All EOU students are welcome to attend, especially those with an interest or background in screen-printing.

At 6 p.m. in Zabel Auditorium, Kitai will present and share about his own work, which utilizes an array of media including, but not limited to, painting, drawing and printmaking. The talk is free and open to the public.

Kitai was born in 1969 in Osaka, Japan and moved to the United States in 1994. He studied and focused on ceramics before coming to the U.S. and received his BFA degree in printmaking from Pacific Northwest College of Art in 2002 and his MFA in printmaking/drawing from Washington University in St. Louis in 2004.

In his work, Kitai mixes a Western style of abstraction and a Japanese style of composition and materials, conceptually focusing on his perspective as a foreigner in the United States. His works are in several public and private collections, including the Hallie Ford Museum of Art, Oregon Health and Science University, Nomura Bank in London and Pierce College in Tacoma, Wash.

Kitai’s art has been reviewed in several publications including The Oregonian, Art Ltd. Magazine, Willamette Week, Portland Mercury, Daily Vanguard and West End Word. He is an assistant professor in the printmaking departments at Pacific Northwest College of Art (PNCA).