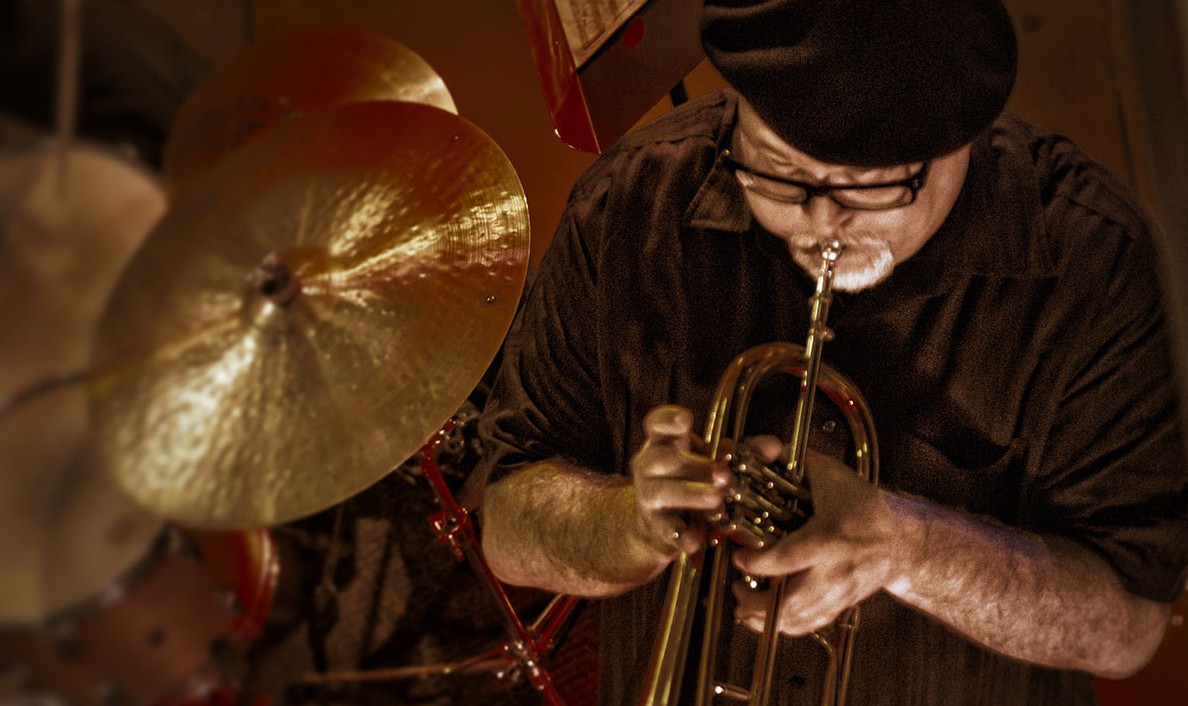 During his one-day residency, Matheny will spend time with music classes, teach private and group lessons in improvisation and brass, and coach EOU’s 45th Parallel Ensemble.

An opportunity to hear Matheny perform will be Thursday evening from 8-10 at Ten Depot Street, when he joins Mark Emerson on drums, Matt Cooper on piano and Luke McKern on bass. There is no cover charge.

“Dmitri’s visit and others like it allow students first-hand contact with practitioners in the arts,” said Cooper, a professor of music at EOU. “Dmitri is the real deal – a committed, full-time performer and educator who not only plays beautifully, but has an infectious enthusiasm for teaching and performing.”

Matheny studied trumpet with legendary classical teacher Carmine Caruso and became the protégé of jazz flugelhornist Art Farmer. He graduated from the Berklee College of Music in Boston and went on to tour extensively throughout the U.S., Europe and Asia, travelling to 19 countries and performing with many Motown and popular music acts including the Temptations, Martha Reeves, Fabian, the Four Tops, Bobby Vinton, Sandy Patty, Bobby Rydell, Frankie Avalon and the O’Jays.

Since 1995 Matheny has released 11 critically acclaimed albums as a leader and his newest album, “Jazz Noir,” was released earlier this year. He has contributed as a composer, arranger, producer, annotator or flugelhorn soloist on over 120 CD’s.

Matheny has been lauded as “one of the most emotionally expressive improvisers of his generation” (International Review of Music) and “one of the jazz world’s most talented horn players” (San Francisco Chronicle). His awards include “Talent Deserving Wider Recognition” in the 46th Annual Down Beat International Critics Poll and “Best New Artist” honors with Brad Mehldau, Ravi Coltrane and Stefon Harris in the 1999 JazzTimes Readers Poll.

For tour dates, album information and to read Matheny’s blog, go to dmitrimatheny.com.

Student fees directly fund the Visiting Artist Series at EOU, making it possible to bring professionals like Matheny from around the country to share their experiences. The next featured musician in the series is vocalist Kathy Kosins, of Detroit, Mich., who will be on campus April 27-28 and will also perform at Ten Depot.