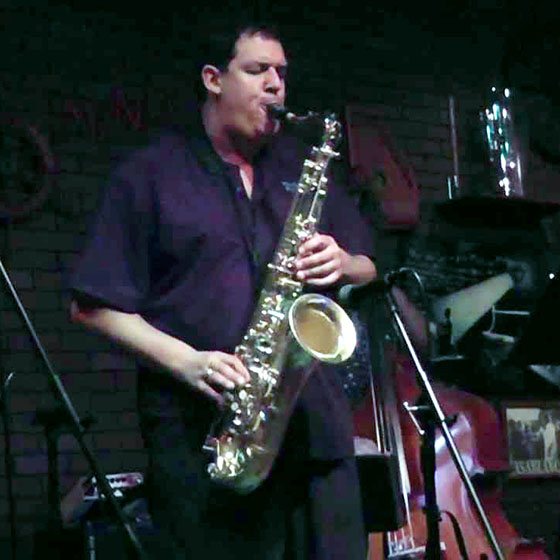 Thursday evening Scheps is also performing at Ten Depot Street from 8 to 10, backed by Matt Cooper on piano, Luke McKern on bass and Mark Emerson on drums. There is no cover charge, though restaurant reservations are recommended.

“Rob is something of a legend in the jazz world and has played with virtually everyone in commercial music, from Aretha Franklin to Nancy Sinatra,” said Cooper, professor of music at EOU. “He’s done everything from hard-core Jazz to Broadway shows. His fire and versatility are really amazing.”

An active performer in the jazz and commercial music fields, Scheps has been working steadily in the Boston and New York areas since the mid-1980s. He has recorded eight albums and performed with the likes of Buddy Rich, Mel Lewis, Gil Evans, Dianne Reeves, Mel Torme, Nancy King, Clark Terry and Gunther Schuller.

Scheps is the recipient of numerous awards from Down Beat magazine and has been a clinician at numerous colleges and universities across the country. He graduated from the New England Conservatory and is a member of the Mannes College of Music faculty.