Eastern Oregon University > Events > Ramping up for “Then & Now: Replay”

Ramping up for “Then & Now: Replay” 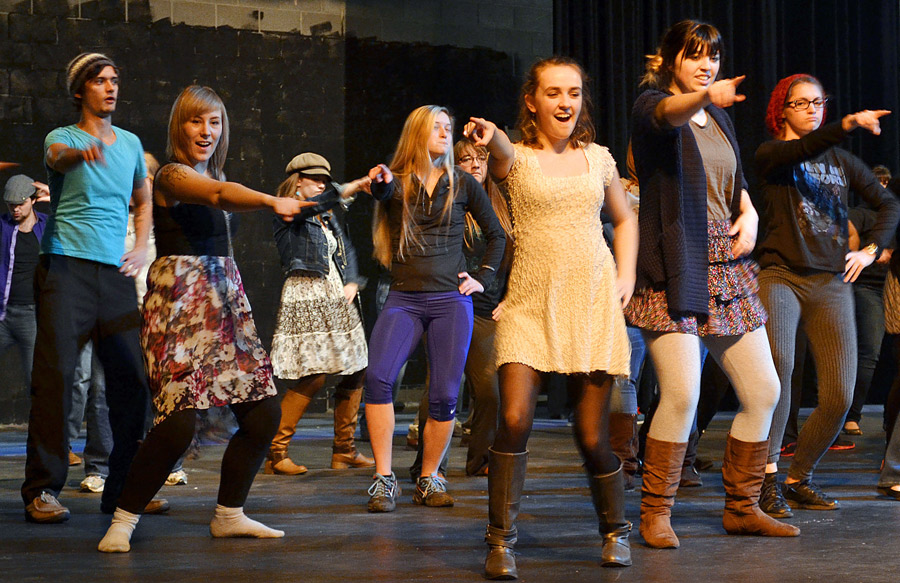 EOU photo by Dillon Starr / Students learn the steps to the song “That’s the Way I Like It” during rehearsal in McKenzie Theatre Friday.

Music department ramping up for “Then & Now: Replay” 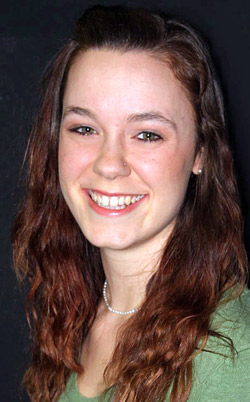 LA GRANDE, Ore. (EOU) – Relive some of the greatest hits of the last 50 years with “Then & Now: Replay” opening at Eastern Oregon University Jan. 30-31.

The high-energy concert begins with The Beatles and follows music history through today’s contemporary sounds, featuring a mix of new performances and audience favorites from past productions.

“The concept or style of music is what bridges the decades and helps people identify with a particular song,” said Peter Wordelman, professor of music and director of EOU’s Chamber Choir. “We’re incorporating as many styles as possible, as well as humor, into the show so there will be something everyone can relate to and enjoy.”

The Chamber Choir, 45th Parallel Ensemble and music department as a whole are working together to make the production happen. As EOU’s newest ensemble, 45th Parallel will be featured on several numbers.

“The ensemble is unique because it includes instruments and voice,” explained John McKinnon, professor of music. “A broad range of majors are also involved, not just those who are studying music.”

About 64 students in all are busy preparing for the big show, with roughly 25 putting in extra time as members of an advanced dance class for the concert.

Choreographer and EOU alumna Ariana Bloodgood of Hood River is also putting in long hours, teaching the steps to 12 songs in the first five days of rehearsals.

“It’s a spectacular experience for me,” she said. “Teaching the songs we’ve done before is equally as exciting as the new routines I’m creating.”

Supporting Bloodgood’s enthusiasm and creativity is Catherine Herrmann-Kossi of New York, also an EOU alumna and the choreographer for the university’s last three productions.

“She has been really encouraging and helpful,” Bloodgood said. “We’ve already Skyped a couple of times as I’m reviewing and updating the material.”

After the on-campus production wraps up, Bloodgood will join EOU on tour Feb. 9 to Hood River Valley High School, home of the Phoenix Theatre Club she was once a member of and now directs. From there, the tour will continue to Hermiston High School on Feb. 10.

The month-long post as concert choreographer is supremely fulfilling for Bloodgood, who completed a double major in music and theatre from EOU last spring.

“I’m friends with most of the students in the show, and the saddest part of leaving college was leaving the choir…they’re my family,” she said. “Now I’m getting paid to do what I love and that’s the dream!”

Listen to the radio ad.