“The Secret Garden” blossoms at EOU

Musical adaptation of “The Secret Garden” blossoms at EOU 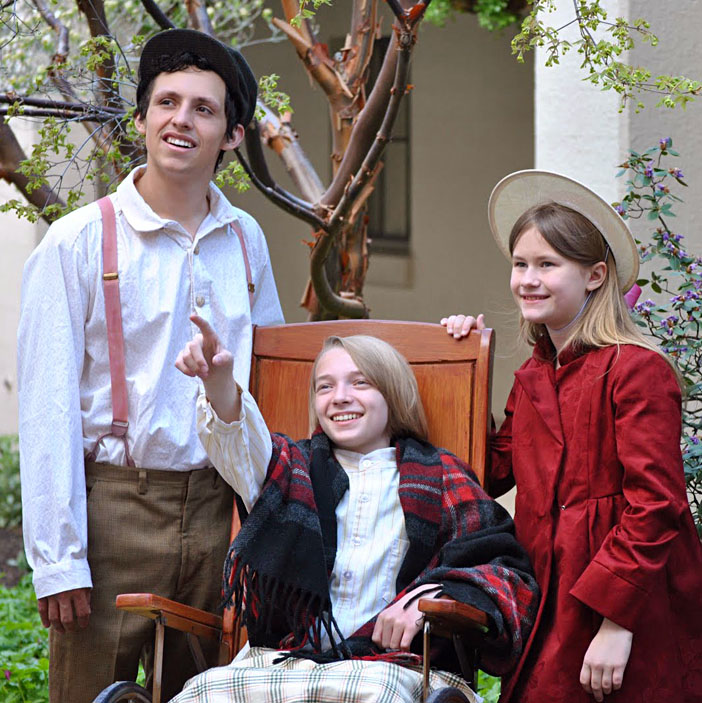 LA GRANDE, Ore. (EOU) – When Frances Hodgson Burnett sat at her writing desk in New York City in the spring of 1911 and began to pen her famous children’s novel, she probably never dreamed that more than 100 years later a musical version of her book would be staged by a university theatre program in northeast Oregon.

An adaptation of Burnett’s “The Secret Garden” is opening at Eastern Oregon University May 15. The final main stage production of the year continues through May 18 with nightly showings at 7 and a 2 p.m. matinee on Saturday. All performances are in McKenzie Theatre in Loso Hall.

Kenn Wheeler, production director and associate professor of theatre at EOU, spoke about his desire to direct this particular musical.

“’The Secret Garden’ was the first production my wife and I saw on Broadway,” Wheeler said. “It was 1992, and we were working in upstate New York. Over the course of one day, we drove four hours to the city, found the theatre, saw the show and drove back to the Adirondack Mountains to our summer job.”

“The whole experience was unforgettable,” Wheeler continued. “We were able to see nearly the entire original cast and the show blew me away. We were laughing one instant and crying the next. From that moment on, I wanted to direct my own production of this amazing musical. And now I finally have the chance.”

“The Secret Garden” tells the story of 10-year-old Mary Lennox, played by Marina Kennedy, who is orphaned when her parents die from cholera while in India. She is sent to live in northern England with her brooding uncle Archibald Craven, played by Rick Mugrage, where she finds herself abandoned in his gloomy Misselthwaite manor with nothing to do and no one to play with.

While exploring the grounds, Mary discovers a “secret” garden closed off to the outside world. Archie’s wife Lily, played by Emily Smith, died 10 years earlier and in his grief Archie ordered the garden locked, never to be opened again.

With the help of new friends Martha, played by Caitlin Burke, and Dickon, played by Brian Moore, Mary sets out to find a way into the garden. She also learns, after following a crying voice late one night, that she has a cousin named Colin Craven, played by Elijah Mugrage, who is bedridden and seemingly destined to die.

Through the course of the musical, Mary discovers and recovers the dead garden, helps her cousin regain his health, and eventually helps her uncle put his grief behind him and face a future with his son.

Tickets to “The Secret Garden” are $15 for general admission and $10 for students, senior citizens, veterans and active military members.

Special ticket pricing is also available for families. For each general admission ticket purchased, one child aged 12 or younger will be admitted for $5.

“We really want people to bring the whole family out to this outstanding show,” Wheeler said.

Reduced admission for children under 12 is only available when purchasing general admission tickets through the box office, not online.