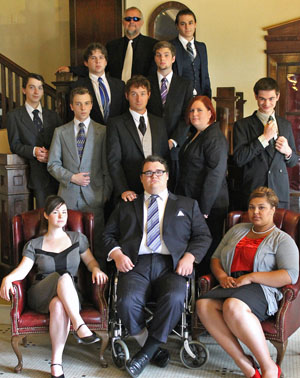 November 1, 2011
LA GRANDE, Ore. (EOU) – Cheering for the hero in any story is usually a given, but there is a secret and curious fascination with the villain that often coincides.

Most feel sorry for Little Red Riding Hood, but it’s really the Big Bad Wolf in the popular fairy tale that holds readers’ attention. Similarly, while it is known that in the end Harry Potter will emerge victorious, it is exciting to see just how far “He Who Cannot Be Named” will go before being destroyed. And more often than not, which character wins the battle for best Halloween costume – Luke Skywalker or Darth Vader?

This fascination with wickedness is not unique to modern audiences; William Shakespeare created some of the most alluring villains in the history of the written word. Audiences feel empathetic for Othello, the Moor of Venice, but Iago, his vengeful subordinate, is who really captivates them. While Macbeth elicits sympathy, it’s actually his wife, Lady Macbeth, who captures our curiosity.

Now, Eastern Oregon University’s theatre program will bring to life one of Shakespeare’s most wicked, evil and unapologetic villains ever to “strut his time upon the stage.”

Wheeler and his cast of 36 actors promise to present the title character in all his malevolent glory. The evening of mesmerizing evildoing follows Richard, the Duke of York, as he mercilessly lies, cheats and murders his way to the pinnacle of power.

Audiences will also be treated to a major twist.

“We wanted to make the story relevant to today, so Richard isn’t just a prince trying to gain the crown of England,” Wheeler explains. “We’ve updated the story and now Richard is the vice president of York, Industries, and he’s fighting to be the president and CEO of this international corporation. Once he reaches the top, his struggle becomes maintaining and keeping his power, while all those around him are striving for a hostile takeover.” 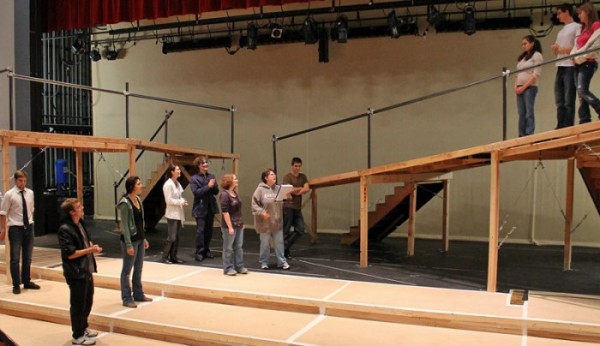 Modernizing a classic play is not a new undertaking for Wheeler. Several years ago while teaching at Treasure Valley Community College he directed a contemporary version of “Macbeth.”

“I remember people coming up to me and telling me that this was the first time they had understood the story,” he recalls of the production. “I believe that ‘Richard III’ and his thirst for power and willingness to do anything to achieve it is a very contemporary issue, and I think audiences will definitely identify, maybe not with him, but with many of those around him.”

Michael Heather, assistant professor of theatre, designed the scenery and lighting. Costuming is by recent theatre graduate, Jay Laurence, and makeup and hair are by EOU theatre minor, Juli Bloodgood. Theatre major Courtney O’Brien is the properties mistress and the seven staged combat sequences in the production are choreographed by theatre major, Cody Wyld Flower.

“Modernizing this production has allowed us to do some really entertaining and interesting effects,” Wheeler said. “The battle scenes can no longer be fought with swords and halberds, so instead we have hand-to-hand combat between SWAT members and mercenaries using knives, nightsticks and even baseball bats!”

The various scene changes include a fitness center, a women’s spa, and another on a golf course. The royal court sequences take place in an executive boardroom and all the characters have their laptops, iPads and iPhones. There is even a scene in an airport with a paparazzo trying to snap a photograph of the heir to the international corporation.

“The cast has loved updating the script and the action,” Wheeler said. “The changes promise to provide a crazy ride for them, as well as the audience.”

Curtain for each performance is 7 p.m. Tickets are $10 for general admission and $5 for EOU students and senior citizens. To make reservations call the EOU Theatre Box Office at 541-962-3757.