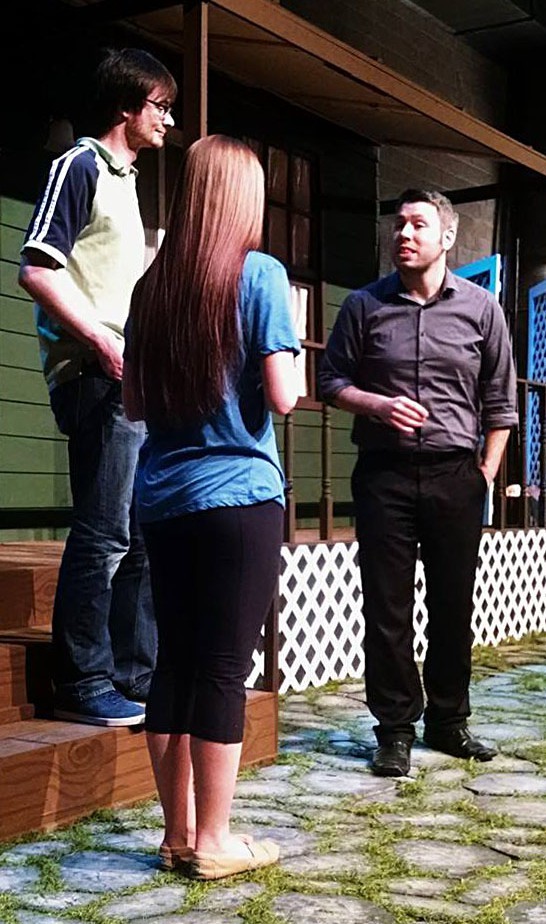 “What attracted me to this play was the language,” Burke said. “I loved how natural it felt. The first time I read through it, it felt like something I could already see in my head. “

The story centers on a young woman named Catherine and her aging father Robert, who was once a mathematical genius but can no longer function without her assistance. Catherine has given up her own education in order to care for him and upon his death, her sister Claire arrives and wants to bring Catherine back to New York with her.

The play is as much about chemistry as it is mathematics. Catherine finds herself falling for Hal, one of Robert’s former students who is looking though his old notes in order to find anything of significance. His love of math leaves Catherine feeling conflicted – she both misses her father and resents the sacrifices she had to make to take care of him. As she and Hal fall for one another, Catherine discovers the unpredictability of both genius and love.

Burke hopes the audience will find the performance to be thought-provoking.

“This show is so up and down. It’s a story about a girl’s journey through her own brain,” she said. “I want people to reflect on what they consider insanity to look like.”

The cast is comprised of Haley Hill as Catherine, Le Alexander as Robert, Kelsy Carson as Claire and Daniel Wagner as Hal.

Tickets are $5 and can be purchased at the door but advance reservations are recommended. Go to www.ticketpeak.com/eou or call 541-962-3757.