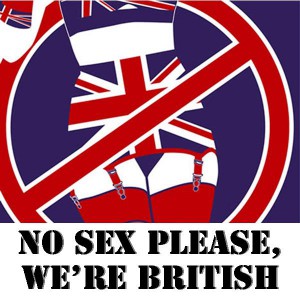 LA GRANDE, Ore. (EOU) – Eastern Oregon University is proud to present its outrageously funny production of “No Sex Please, We’re British,” which opens at 7 p.m. May 13-16 in McKenzie Theater in Loso Hall.

The classic farce surrounds Peter and Frances, a young couple living in a flat above the bank in which Peter works. All is going exceptionally well for the two newlyweds until Frances innocently attempts to mail order some Scandinavian glassware.

What arrives at their doorstep is more than a few imported glasses: It’s Scandinavian pornography. Hilarity ensues when the two, along with the bank’s chief cashier Brian Runnicles, struggle to figure out what to do with the veritable flood of photographs, books, movies and eventually girls, that are beginning to threaten their relationship—as well as Peter’s banking career.

“I wanted to give our students a chance to do an all-out farce play with lots of physical as well as verbal laughs,” Bush said, and he guarantees viewers a comical evening. “I hope the audience leaves with a slight ache in their funny bone from using it so much.”

Junior theatre major Richard Scott will be taking on the role of Peter alongside senior Bryn McLaughlin as Frances. Chief cashier Brian Runnicles will be played by Israel Bloodgood and Victoria Ingram will portay Eleanor, Peter’s intruding mother.

The bank’s manager—and Peter’s strict boss, Bromhead—will be played by Nick Johnson while Brian Moore will play bank inspector Needham. Two customer service agents named Susan and Barbara will be portrayed by Xiola Kegel-Grende and Shahayla Ononaiye, and Chaz Murray and Julie Gulliford will round out the play as two delivery workers.

Tickets are $10 general admission and $5 for students and can be purchased at the door, but advance reservations are recommended. Visit www.ticketpeak.com/eou or call 541-962-3757 to reserve seats.