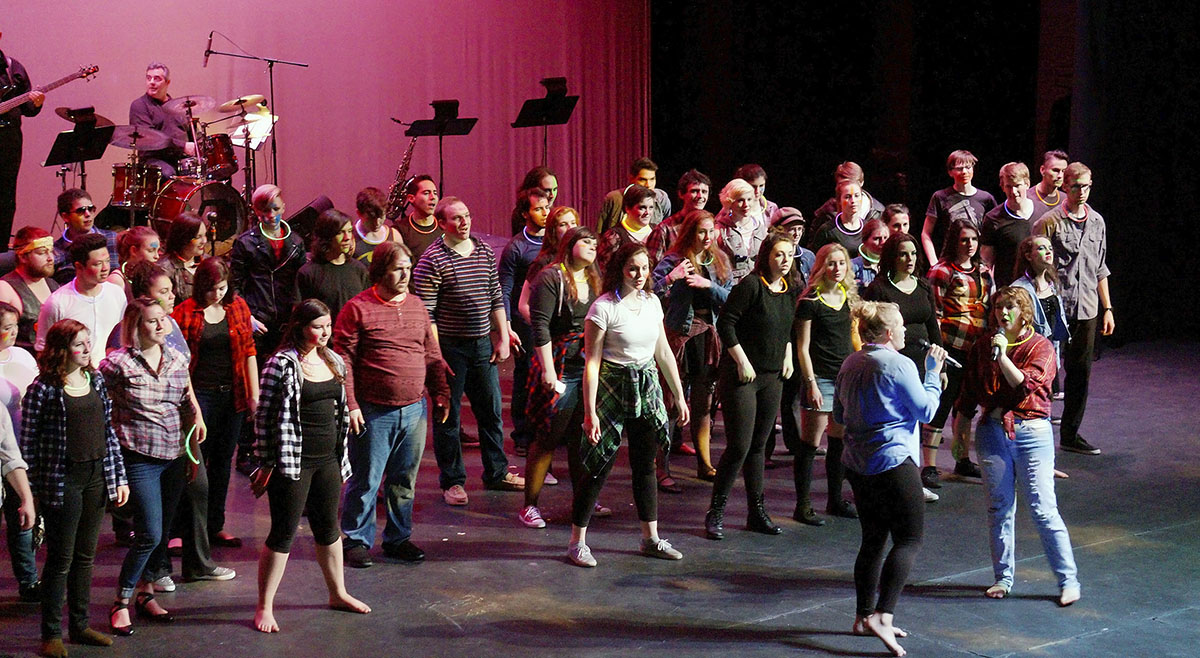 Tune in to “The Weather Report: A Musical Forecast” February 3-4

This year’s extravaganza sponsored by Red Cross Drug Store features favorite songs all about the four seasons comprised in “The Weather Report: A Musical Forecast.” Performances are at 7:30 p.m. Friday and 4 and 8 p.m. Saturday. All shows are in McKenzie Theatre in Loso Hall.

“The concept is to capture common emotions that follow our natural weather patterns,” explained Peter Wordelman, professor of music and one of the architects behind the production.

The first half of the show encapsulates the transition from summer into fall with songs like “September” by Earth, Wind and Fire. Winter-themed tunes open the second half before moving into spring and concluding with summer. “Mr. Blue Sky” by the Electric Light Orchestra, “Beautiful Day” by U2 and “Let the Sunshine In” from the musical, “Hair,” are highlights of this portion.

Meteorological conditions inspire every genre in the show from country to pop, Broadway, jazz, classic rock and heavy metal.

“Music has been composed for centuries based on the topics of weather,” Wordelman said. “Everyone always talks about the weather, so this will be a great time to watch it come to life on stage and simply enjoy it!”

Many individuals are joining forces to bring every aspect of the fast-paced production together seamlessly.

Wordelman directs the choir while Matt Cooper and John McKinnon, fellow professors of music, direct 45th Parallel. Luke McKern, audio-visual technician at the university, is the bandleader and lead guitarist. 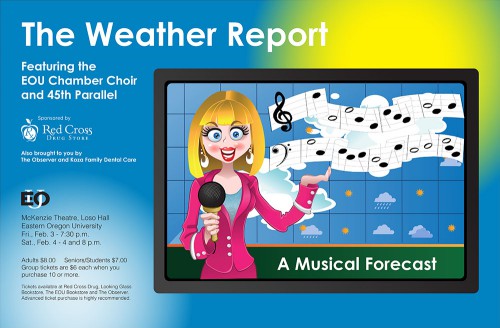 Chamber Choir member Heidi Gerlach has written dialogue for a “weatherman” to deliver on stage, weaving together the changing seasons throughout the production.

Two other choir students, Ashlee Mink and Alan Stogin, are in charge of lighting design with the assistance of several students from the theatre department.

“This has been a great collaborative journey to get the entire music department and others involved in the show,” Wordelman said.

Admission to see “The Weather Report” is $8 for adults, $7 for students and senior citizens, or $6 if buying 10 or more. Tickets are available at Red Cross Drug Store, Looking Glass Books and the EOU Bookstore.