SALEM, Ore. – For the third year in a row, Eastern Oregon University students made up the largest delegation in a joint lobby day in the Capitol, with nearly 40 students joining trustees and staff in meetings with 63 legislative offices. 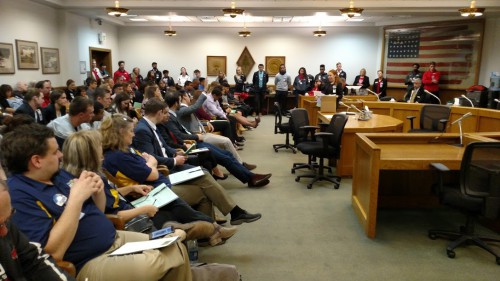 Attendees from all 4 TRU universities gather in the Capitol for advocacy training. / Photo by Alex McHaddad

EOU joined fellow institutions in the state capitol May 16 to showcase the contributions of Oregon’s Technical and Regional Universities (TRUs). Students, faculty, staff, and trustees from EOU, Western Oregon University, Southern Oregon University, and Oregon Technical Institute met with lawmakers, learned about the legislative process, and presented unique program offerings from each campus in the Capitol Galleria.

“TRU Day is an incredible opportunity for students from Eastern and the technical and regional universities to connect with state government leaders and share with them how higher education impacts the state,” said Tim Seydel, EOU vice president for university advancement. “We could not be happier that EOU had the largest number of students attending and advocating.”

Mascots and student-athletes greeted legislators and staff with donuts and coffee on the Capitol steps. EOU’s Outdoor Adventure Program hosted a display in the Galleria as part of a joint effort by the universities to showcase unique programs offered at each institution.

During morning meetings, Rep. John Huffman, R-The Dalles, spoke with EOU students about his support of tuition equity legislation for undocumented immigrants. Sen. Bill Hansell, R-Athena, described his work on a bill to reform municipal deer control centered on solutions suggested by citizens, giving students an insight to the process of developing legislation.

“[EOU] serves students from not only across the state but also the nation, [and] has a student population of about 3,800 students, both undergraduates and postgraduate studies,” Sen. Hansell said before the Oregon State Senate. “Many of the students who are on this trip this year have never been to the Capitol before.”

Rep. Greg Barreto, R-Cove, focused his address from the floor of the House of Representatives on EOU’s unique student opportunities, highlighting the “nationally ranked NAIA athletic teams, the Outdoor Adventure Program and [the] seven-time award-winning Chemistry Club,” among other programs including the dual-credit Eastern Promise partnership with high schools and nearly 20 online degree offerings.

“I have to say it was an amazing experience. I’m so glad I got to be there,” said Trustee Holly Kerfoot. “Our students — wow, what can I say? There were probably about four or five of us sitting in a legislator’s office with students from our university and other universities and hearing them really talk about what’s important to them and be well schooled from our staff…their passion came through.” 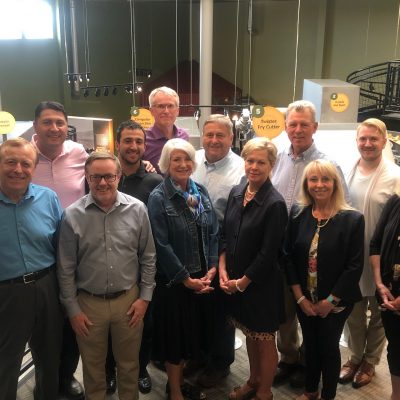 Board of Trustees postpones naming an interim president LA GRANDE, Aug. 9, 2022. – Eastern Oregon University’s board of trustees held its annual retreat in Boardman, Oregon on Aug. 8 and 9. The board convened at the Sage Center, located at the Port of Morrow, where they met with local leaders and discussed important changes […]
Read more 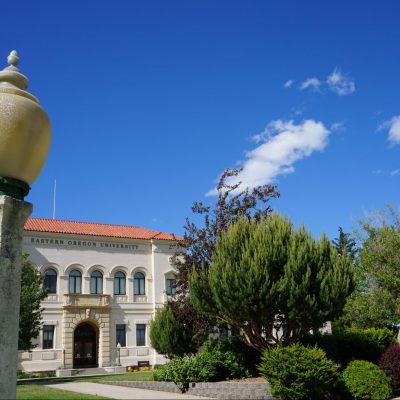 EOU President Returning to Timber Roots  LA GRANDE, Ore. – Tom Insko, Eastern Oregon University’s president, announced today that he is leaving his post at the end of September. Insko has been named President and Chief Executive Officer at Collins, a wood products company based in Wilsonville, Oregon.  Insko was appointed EOU’s 12th President in […]
Read more

EOU Board of Trustees to hold annual retreat in Boardman 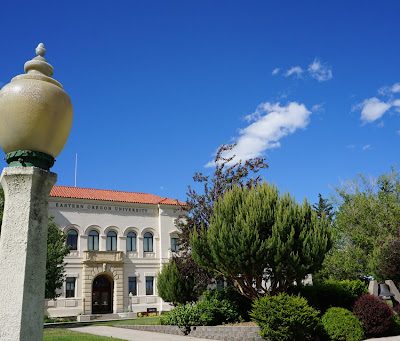 EOU Board of Trustees to hold annual retreat in Boardman July 20, 2022 LA GRANDE, Ore. – Eastern Oregon University’s board of trustees will hold their 2022 annual retreat in Boardman, Oregon. The meetings planned for Aug. 8-9 will include engagement with area and regional business leaders, local representatives and regional stakeholders to discuss EOU’s […]
Read more