Nearly 80 student-athletes, Mountaineer fans and stakeholders celebrated the official ground-breaking of the Stadium-Track Project on May 5.

“It’s time for our facilities to mirror our success,” Weissenfluh said.

Eastern Oregon University, with the EOU Foundation and La Grande School District, gathered community support to replace the natural grass field in Community Stadium with synthetic turf that will stand up to increased use and improve athletic performance.

In addition, the university’s 30-year-old track will be improved with a new running surface and field event facilities. Energy-efficient lighting and increased accessibility in Community Stadium are also included.

“These upgrades are game-changing for EOU athletics and the community as a whole,” said Tim Seydel, vice president for University Advancement. “The new track and turf promise improved performance on the field, increased attendance in the stands and more opportunities for engagement with the entire region.”

The EOU Foundation’s Building Champions campaign continues to raise funds in support of the updates. Details are available at eou.edu/stadium-track. 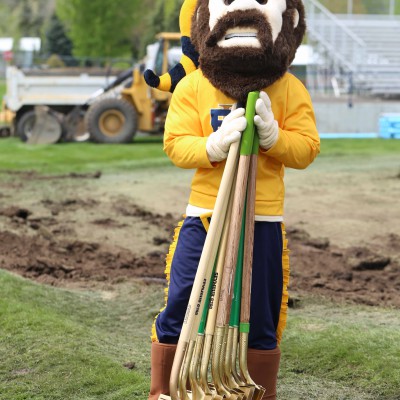 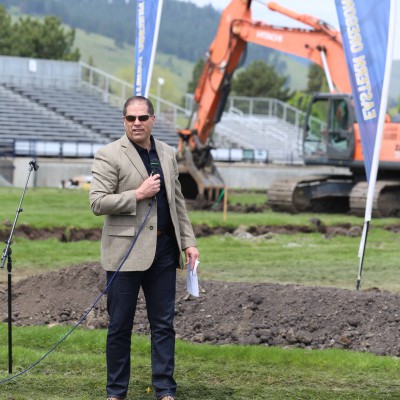 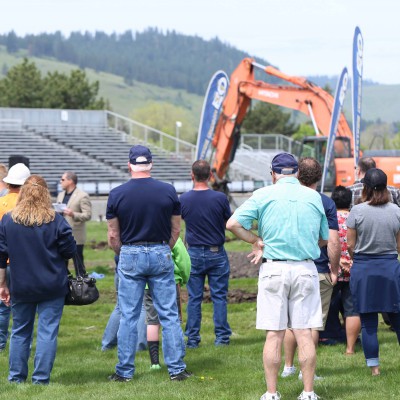 About 80 alumni, student-athletes, stakeholders and staff attended the event 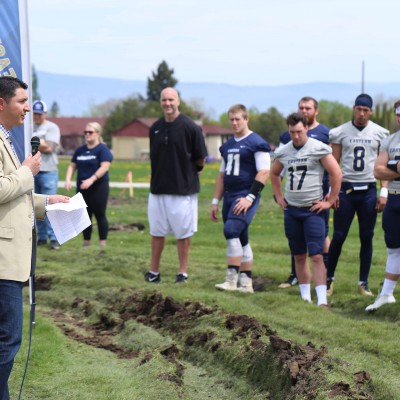 Superintendent of La Grande School District George Mendoza spoke at the event. Local high schools will also have access to the updated facilites and field. 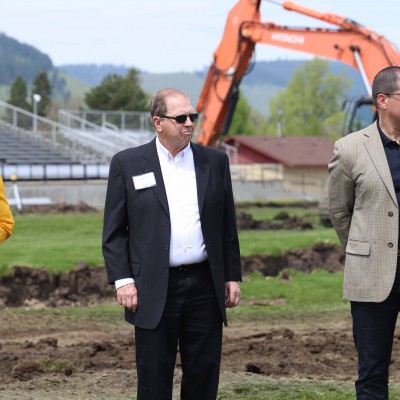 David Nelson, chair of EOU’s Board of Trustees, also attended the event. 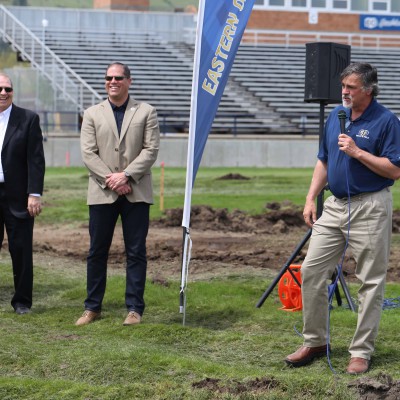 Ben Welch coaches four teams that will benefit from the re-surfaced track and updated field areas. 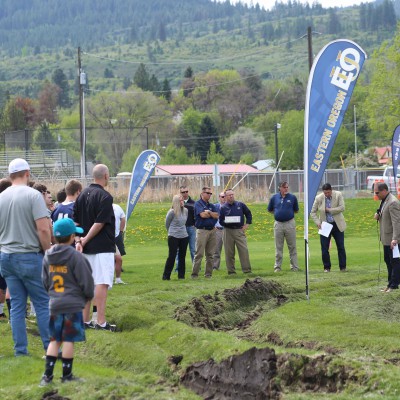 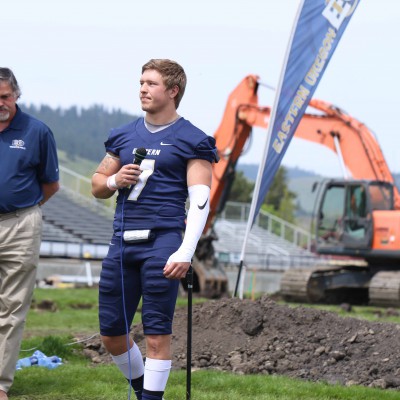 Student-athletes from the EOU football team attended the event 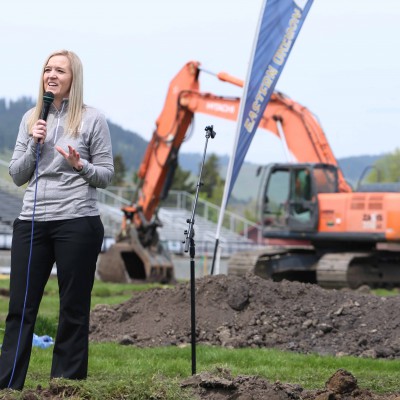 Athletics Director Anji Weissenfluh spoke to the crowd at the event. 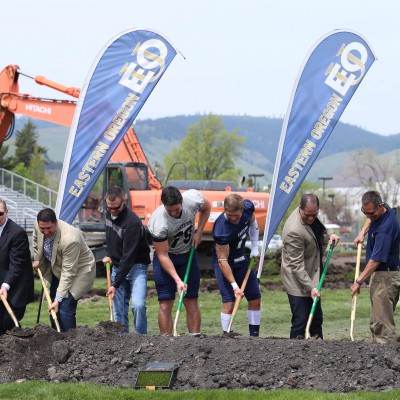 The Stadium-Track Project is funded by the EOU Foundation’s “Building Champions” campaign. Learn more at eou.edu/stadium-track 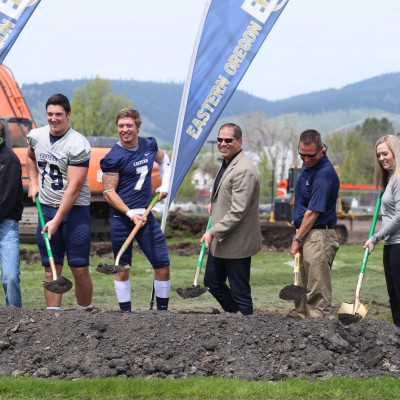