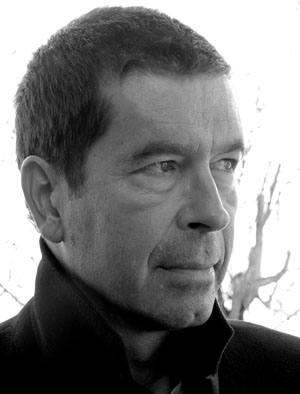 Axelrod, a professor of English and writing at EOU, will share selections from his new collection of poems, “Folly,” at 7 p.m. at Joe Beans Coffee, 1009 Adams. Ave.

Doors open at 6:30 and an open mic will follow Axelrod’s reading. Sign-up information for open mic participants will be located at a table near the entrance. Admission is free and donations are accepted.

Just released by Lost Horse Press, “Folly” is perhaps Axelrod’s most personal, vivid and honest work to date. Taking Desderius Erasmus as his noble guide, the author follows the road of folly, error and ignorance that constitute common life.

Along the way, readers meet Dostoyevski while Nordic skiing, get a haircut, watch a divorced woman and her daughter fly kites, hold a crippled bird in their hands, consider the virtue of shovels and the perversity of old chainsaws, cross a river with Basho and blow up an oven heating bagels.

“The poems were accumulated over two decades around the idea of imperfection, especially the imperfection of human existence,” Axelrod explains. “Because I live in a small town where anonymity is virtually impossible, these poems inevitably were inspired by extraordinary moments in the otherwise ordinary day-to-day in rural Oregon.”

“Folly” also reflects Axelrod’s continued direction away from a “Romantic rural west” with the private poet in solitude to a “more realistic view of rural Oregon” in which the poet is immersed in “the shared public spheres of human interaction.” 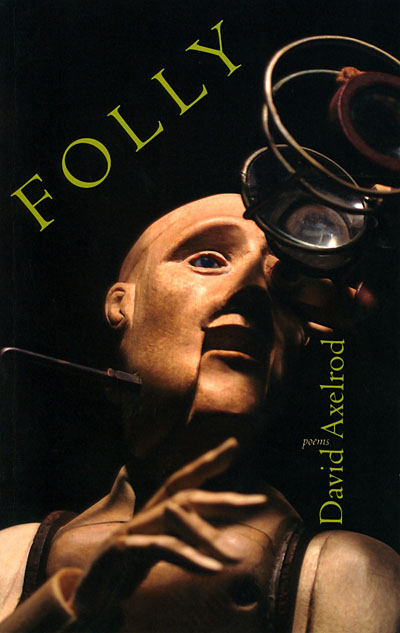 “Folly” is perhaps Axelrod’s most personal, vivid and honest work to date.

“The poems…chart the wild landscapes of eastern Oregon, where the poet has shoveled out a life in the shadow of the Blue Mountains, whose hillsides and trails he has tramped, whose sky he has labored beneath. I’m drawn to their imagery and clear language, and the hand of a practical philosophy opening its rough palm under their winter sun,” writes fellow author Joseph Millar.

Writer Melissa Kwasny, too, has praised the collection.

“Dumbfounded by the improbability of being, the figure of the fool on his or her joyous and hapless journey through life can be associated with any number of anti-heroes: Dionysus, Don Quixote, Dostoyevsky’s Idiot, the king’s jester who is both clownish and wise,” she writes. “In ‘Folly,’ David Axelrod’s marvelous new book of poems, the fool at mid-life speaks of the human enterprise with mockery and tenderness, making us both laugh out loud and, in turn, see ourselves more truly. His haplessness links us to earth. His madness links us to the divine.”

In addition to teaching at EOU, Axelrod directs the Ars Poetica Lecture Series and edits—along with Jodi Varon—the award-winning journal of fine and literary arts, “basalt.” He is also the co-director of EOU’s low-residency master of fine arts program in creative writing.

The Roundhouse Reading Series is made possible in part due to grants from the Union County Cultural Coalition, Cook Memorial Library, Libraries of Eastern Oregon and local donations.

“Folly” can be ordered in advance from Looking Glass Books or from www.losthorsepress.org. Copies will also be available for sale after the reading.