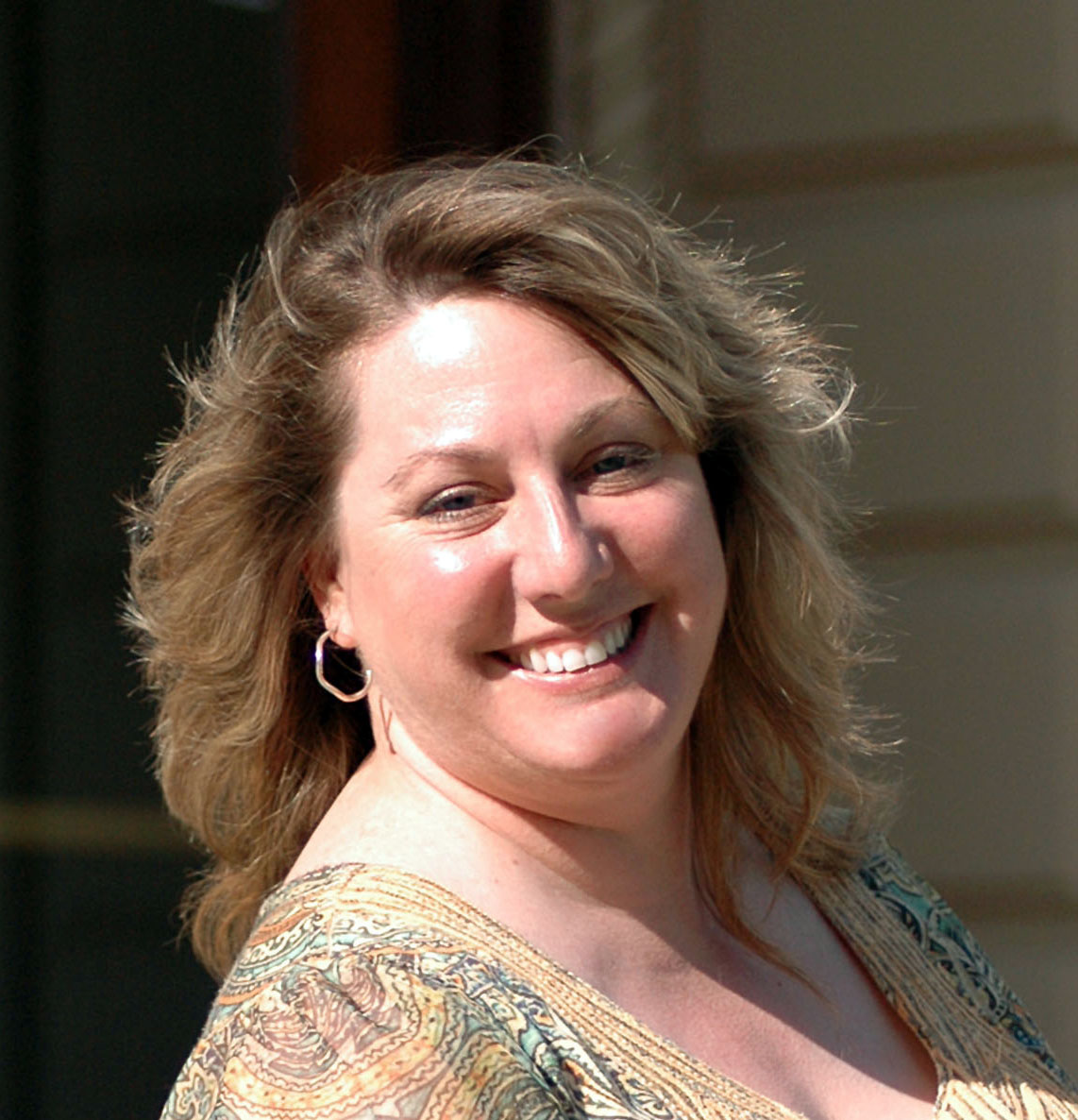 Her 21-years as a corporate travel agent had definite perks, but when the company she worked for closed its La Grande office Roberts sought change.

So she began a different kind of journey – one that brought her to Eastern Oregon University – and it is opening doors for her and the community.

As the 2014 EOU President’s Scholar, Roberts is celebrating the completion of her degree in anthropology/sociology, and she is equally excited about beginning a new career helping others.

Roberts was recently hired by a fledgling program in Union County called C.A.R.E., which stands for Community Access for Resources and Effectiveness, and is modeled after a successful initiative in Umatilla County.

The position is tailor-made for Roberts’ newfound passion for social welfare, the focus of her studies at EOU. She credits the employment opportunity to the education she received from the university’s professors and staff.

Grigsby, associate professor of sociology, and Dill, retiring director of Student Success and Engagement, encouraged Roberts to become EOU’s Student Resource Advocate – a role she filled for her practicum – but also because she sincerely cares.

The Student Resource Advocate connects fellow students with campus and community services, ranging from tutoring to childcare to transportation and everything in between.

“There is a mix of students with unique needs, and it varies between traditional and non-traditional age groups,” Roberts explained. “The whole idea is to keep them in school and break down barriers.”

Anything that could be seen as a potential obstacle to completing their education, Roberts was there to help find a solution and put students at ease. She collaborated with the Sociology Department, Student Success and Engagement and Multicultural Center to establish the practicum and it will continue next year.

“Sheryln’s work as the Student Resource Advocate was groundbreaking,” Grigsby said. “She created something of lasting value out of nothing. Sometimes it takes a social science major to taunt the laws of physics.”

Roberts’ practicum experience also ties directly to her job as a C.A.R.E. resource coordinator, which she began May 21. Working directly with families on a referral basis, her primary aim is to help keep at-risk students in grades K-12 enrolled in school. Her service area encompasses Cove, Elgin, Imbler, North Powder and Union.

“It is gratifying to see talented and hard working students like Sheryln find employment in the region,” Grigsby added. “I look forward to working with her as a professional colleague.”

Roberts’ interest in social services stems from her interaction with Grigsby and also a position she held with the Commission on Children and Families after her job with the travel agency ended.

Encouraged by her boss to start taking classes, Roberts enrolled at EOU in 2009. It had been 23 years since she graduated from La Grande High School, but her husband Jess and daughters Jessica and Jordyn were behind her all the way. Jess even decided to pursue his bachelor’s in mathematics. As a couple, their commitment is strengthened as they complete their degrees together this term.

From lighthearted times with her niece and nephew volunteering to be models for a stage makeup class, to finding her rhythm with African drumming, to struggling with a research paper that ultimately garnered high praise from her professor, Roberts hopes her experiences will inspire others to face their fears.

“It’s intense walking into a classroom with students who are friends with your daughters,” she said. “I thought I didn’t belong in this world, but it was nothing like what I expected. I was included and have really taken that to heart.”

Roberts’ goal now is to provide her C.A.R.E. clients with that same sense of security.