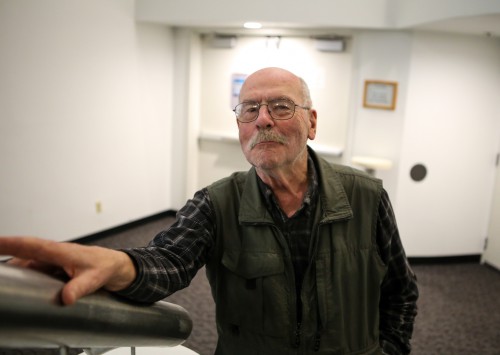 March 1, 2019 LA GRANDE, Ore. –  Playgoers at Eastern Oregon University’s next production, “The Elephant Man,” may think they’re seeing double because Lyle Schwarz’s photo will be above the theatre that’s named for him and on the playbill as director of the evening’s production.

Long-retired EOU theatre faculty member Lyle Schwarz directed the same show in 1984. This year, it fits in well with the department’s theme of “Monsters: Real or Perceived.” Professor Kenn Wheeler contacted Schwarz to see if he would be interested in reviving his production.

“I was intrigued,” Schwarz said. “There’s not another show that would have tempted me …as did this script. … Merrick’s story simply inspired me. How could someone struggling against such odds, achieve so much in such a remarkably positive way?”

Schwarz spent 27 years as a theater professor at EOU, and said he found La Grande an excellent place to live and work.

“For me, that never changed,” Schwarz said. “My colleagues and students through the years made this such a rewarding setting to practice my craft.”

His first production of “The Elephant Man” exceeded Schwarz’s expectations, packing the little theater every night of a seven-day run. Schwarz said the cast was also a selling point. 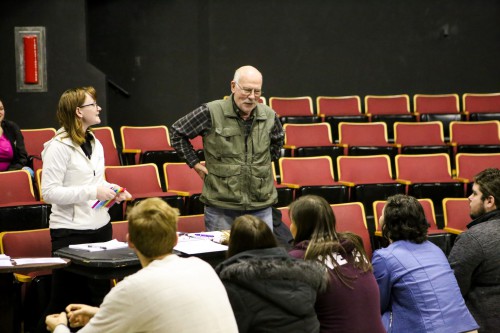 “I was blessed with outstanding actors in our program at the time,” he said. “But I also think there is a compelling case to be made for the attraction of uncompromising drama dealing with issues beyond the norm.”

Schwarz said he had concerns about re-entering the arena as a director, but he found this year’s cast as enchanting as the one he remembered from long ago. EOU alumnus Greg Rawlins plays John Merrick, and senior theatre student Sam Shown plays Dr. Frederich Treves, the physician who finds and “saves” Merrick. Theatre students Bryn McLaughlin, Jason Lineback, Danielle DeVall, Jeremiah Dockweiler, Sierra Howard and Sam Miller round out the cast.

“At the first cast meeting, I joked with them that communication could be a generational challenge,” Schwarz said. “I was four times older than some of them — four times. Fortunately, the language of art transcends.”

“The Elephant Man” is based on the true story of Joseph Merrick, who lived in London during the late 19th Century. Once a circus freak, Merrick is taken in by a compassionate doctor and shown the better side of humanity. The play, written by Bernard Pomerance, first appeared on Broadway in 1979, winning the Tony award for best play and was revived in 2018 with Bradley Cooper in the title role.

“The Elephant Man” runs March 7 to 9 and 15 to 16, beginning at 7 p.m. each night in the Lyle Schwarz Theatre. Tickets can be purchased at the EOU theater box office in Loso Hall or by calling 541-962-3757. Tickets cost $15 for general admission and $10 for seniors, non-EOU students and active or retired military.