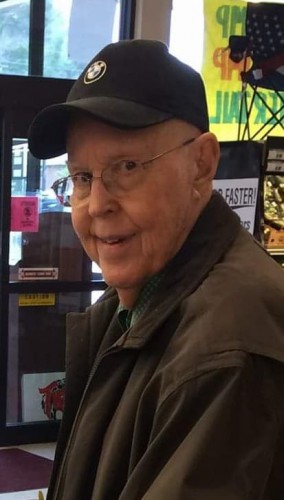 April 10, 2019 SUMMERVILLE – Eastern Oregon University’s art program has a rich history of colorful artists and professors. Over a cup of tea at their kitchen table, retired head of the art department Judd Koehn and his wife Kathy shared fond memories of two former members of the EOU art faculty.

Paul Bruncke was a graduate student at Stanford when he was hired to teach art at EOU and Ackerman Elementary School, which was housed on campus.

At Stanford Bruncke studied for a doctorate under Elliot Eisner, the most notable art educator in the country at that time, Judd Koehn said, an excellent reference for a new instructor.

In the classroom Bruncke didn’t spend a lot of time lecturing, choosing instead to work one-on-one with his students.

“He was more about showing what can be done — not what to do,” Judd said.

Judd said he encouraged faculty members to create their own art, something Bruncke wasn’t able to pursue at Stanford.

“Paul primarily did drawings and paintings, but used a variety of media for his art — and he did funny stuff,” Judd said. “A certain element of humor was always present.”

For eight years Koehn and Bruncke were officemates — their space brightly adorned with orange and blue graphics. There, under their bombastic artwork, they discussed what Judd called “discipline-based arts.”

“We would talk about art education that’s developmental and sequential,” Judd said.

But Kathy said Bruncke had a special ability to tie the university’s art crowd to “conventional society.”

“He could connect the artists and the regular community,” Kathy Koehn said.

His wife Norma taught in local elementary schools, and raised their three children. Bruncke died in January in Lincoln City, where he had lived since leaving EOU in 1981.

In 1989, German language professor Leen Inghels, who directed the international exchange program, connected the Koehns and Brudis. For a year they agreed to swap homes, friends and positions. 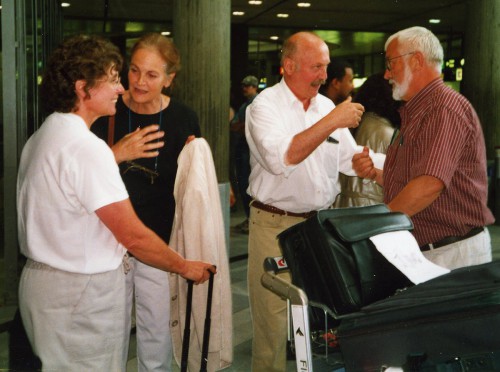 From left, Kathy, Heide, Christoph and Judd ready for travel on their exchange.

The Brudis lived with the Koehns in Summerville for two months before Judd and Kathy headed to the Brudis’ 16th Century home in Rosswag, a small town outside of Stuttgart in Germany.

“The best advice I have for anyone contemplating an exchange is for one family to arrange some time to stay with the other before they start working,” Judd said.

Kathy commented on how similar the two families were philosophically.

“We talked about what we would like our children to learn about their new environments,” she said.

However, stark differences in education became apparent right away. Brudi was used to working individually with students, advising them, while at EOU he had to teach from curriculum. His wife Heide also taught German classes on campus in La Grande. Meanwhile, Judd introduced students to their first syllabus in Stuttgart.

“Christoph thought the American way of teaching was very different from the German,” he said. “They have fewer classes and spend more time in the studio.”

During their year abroad the families fell in love with each other’s cultures. The Brudi’s son Cornelius never returned to live in Germany and settled in the Seattle area.

In 2006 the Brudis came back to Eastern Oregon for a few months to care for an off-grid farm in Baker County. Likewise, the Koehns said they’ve made many trips back to Rosswag and their German friends come visit them.

“In retrospect,” Judd said, “There will always be a part of the Brudis here in Oregon and likewise for us in Rosswag.”