LA GRANDE, Ore. (EOU) – Eastern Oregon University announced today that four finalists have been selected in the search for the school’s next president. The candidates will visit campus beginning next week.

Following a national recruitment process, the search committee forwarded the finalists to the Oregon University System Chancellor for consideration. The successful candidate will replace Interim President Jay Kenton and is expected to begin their duties this summer. 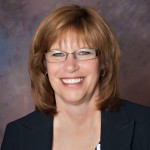 Marysz Rames was appointed interim president at Dakota State University in Madison, S.D. in 2014 and has increased enrollments in both on their campus and online programs. She has also received grants for American Indian and low-income students, implemented student success and retention models, developed and implemented strategic plans and has been involved with fundraising. Rames previously worked at South Dakota State University in Brookings, S.D., as vice president for student affairs from 2000-2014.

Rames will visit campus Wednesday and Thursday, April 22-23. A presentation and open forum will be held April 22 from 3-4:30 p.m. in Huber Auditorium in Badgley Hall, followed by a community reception from 4:30-5:30 p.m. in the Simmons Gallery in Badgley. 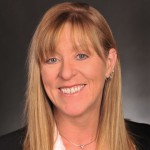 Cynthia Pemberton serves as provost and vice president for academic affairs at Dickinson State University in Dickinson, N.D. She is a former coach, the author of two books and has published numerous papers and presented nationally and internationally. Her experience includes accreditation work, adult and distance education and she has been recommended for the Fulbright Specialist roster to consult internationally in higher education leadership. Pemberton worked at Idaho State University in Pocatello, Idaho, from 1998-2012 as associate dean of the graduate school and interim dean previous to joining Dickinson State.

Pemberton will visit campus Thursday and Friday, April 23-24. A presentation and open forum will be held April 23 from 3:45-5:15 p.m. in Huber Auditorium in Badgley Hall, followed by a community reception from 5:15-6:15 p.m. in the Simmons Gallery in Badgley. 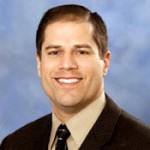 Tom Insko is area manager of Boise Cascade’s Inland Region in La Grande and oversees multiple operations for northeast Oregon, northeast Washington and southwest Idaho. Insko has worked with Boise Cascade for 20 years and held duties ranging from administrative analyst to region manager. He currently has responsibilities for all Inland manufacturing facilities, sales organization for the composite panel business and manages state and federal forest policy for the company. He has been appointed to the Oregon State Board of Forestry, the Western Resources Legal Center and the EOU Board of Trustees and also served as president of the EOU Foundation.

Insko will visit campus Monday and Tuesday, April 27-28. A presentation and open forum will be held April 27 from 3-4:30 p.m. in Huber Auditorium in Badgley Hall, followed by a community reception from 4:30-5:30 p.m. in the Simmons Gallery in Badgley. 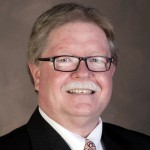 Tadlock will visit campus Tuesday and Wednesday, April 28-29. A presentation and open forum will be held on April 28 from 3:45-5:15 p.m. in Huber Auditorium in Badgley Hall, followed by a community reception from 5:15-6:15 p.m. in the Simmons Gallery in Badgley.

The 18-member presidential search committee is comprised of representatives from EOU’s governing board, faculty, students, staff, alumni as well as members of the community and region. Former State Senator David Nelson of Pendleton, who sits on the Oregon State Board of Higher Education and chairs the EOU Board of Trustees, also serves as chair of the search. Former EOU President Dixie Lund serves as the vice-chair of the search committee.

For additional information on the search, including candidate bios, vitae and visit schedules, go to eou.edu/presidential-search.