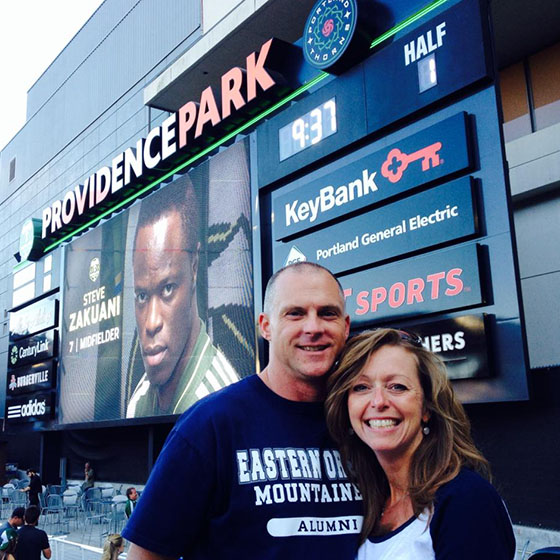 Join other EOU alumni at Providence Park and cheer for the Timbers from the Widmer Brothers Southern Front private deck, June 14.

EOU’s Alumni Association is excited to announce the official date for the 2016 Portland Timbers Alumni Event is Tuesday, June 14! The Timbers are hosting the San Jose Earthquakes in the round-one game of the U.S. Open Cup tournament. Join EOU in cheering on the reigning 2015 MLS Champions from the Widmer Brothers Southern Front private deck right behind the south goal. This VIP event includes drinks and snacks. Tickets for the tournament match are selling quickly, so get yours now and reserve a spot to watch the Timbers in the U.S. Open Cup!

« Heading to the high seas | Meet the President’s Scholar »