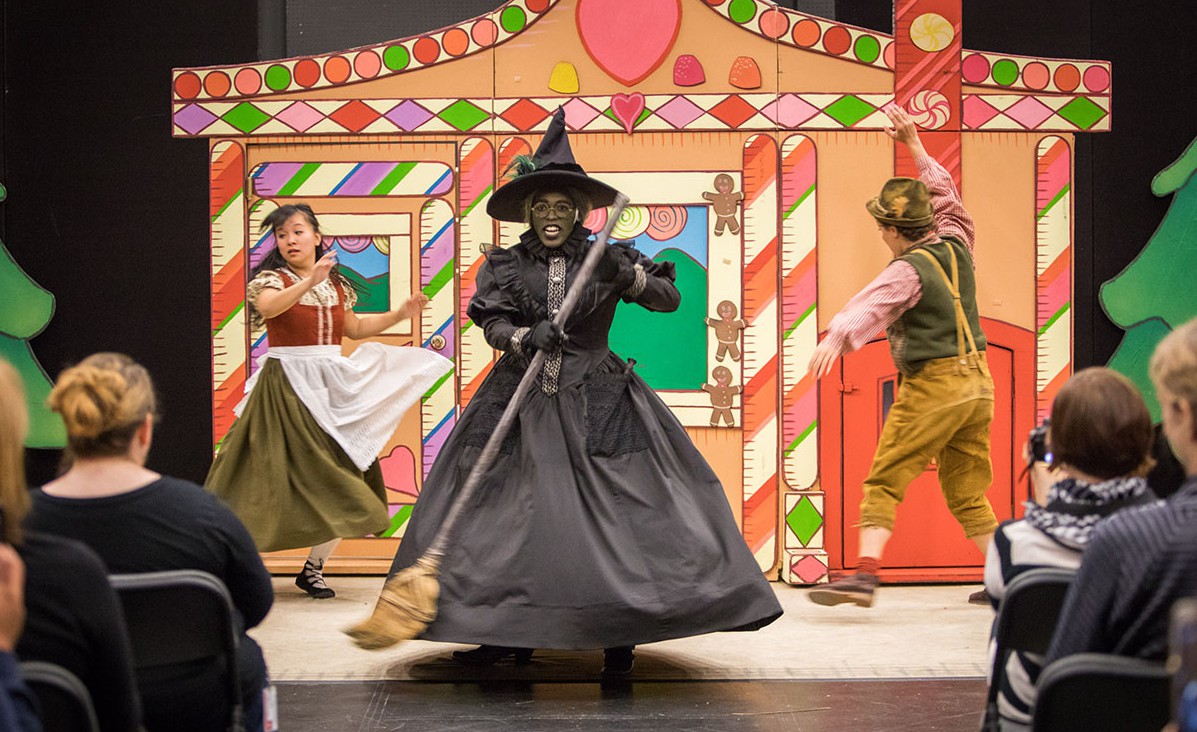 PORTLAND, Ore. October 4, 2016 — Portland Opera To Go, the touring division of Portland Opera’s Education and Outreach Program, hits the road this month with an enchanting, family-friendly production of Engelbert Humperdinck’s “Hansel and Gretel.”

Eastern Oregon University is the first stop on the tour, with a performance at 7 p.m. Monday, Oct. 10 in McKenzie Theater in Loso Hall. Admission is by donation with proceeds benefiting the EOU Music Scholarship Fund.

The 50-minute, English language revival will be directed by Portland Opera General Director Christopher Mattaliano with sets by Polly Robbins and costumes by Portland Opera’s Christine A. Richardson.

Following the familiar fairytale, Hansel and Gretel find themselves lost in the woods after being banished from home for being naughty. After an afternoon of berry picking, they are hungry and tired, and fall asleep, only to wake to the greatest adventure of their lives. After gorging on a smorgasbord of sugary treats (courtesy of the resident Gobbling Witch) they find that they are next on the menu!

The tour will perform for over 50 schools throughout Oregon and Washington, in addition to six public venues. Specially designed to introduce young audiences to opera, each school performance is accompanied by an extensive arts integrated curriculum aligned with the Common Core Standards. At many of the tour stops, talented teaching artists will spend time in classrooms engaging students in the art form of opera.