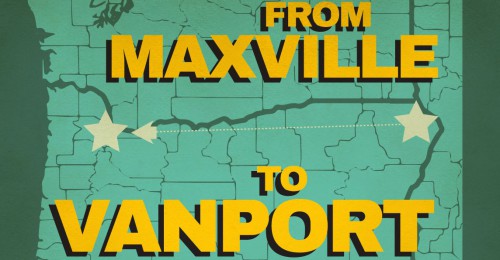 Inspired by the stories of the multicultural populations of Wallowa County’s Maxville and the one-time Portland suburb of Vanport, the Portland Jazz Composers’ Ensemble (PJCE) will perform in La Grande, Enterprise and Baker City before capping the series May 26 at Portland’s Vanport Mosaic Festival. The year-long project began with community discussion events in Portland and Joseph, and culminates in this concert series, a studio album and a short documentary film.

EOU hosts the first concert of the tour in Groth Recital Hall at 7:30 p.m., on April 12. Admission is free and open to the public. During their visit to EOU, the 12-piece ensemble will host a masterclass and special performance for students on campus. Community members are welcome to observe the private session from 2 to 4 p.m., on April 11 in Groth Recital Hall. PJCE members will work directly with students in jazz ensemble 45th Parallel before breaking out into separate workshops for composers and vocalists in nearby classrooms.

“It isn’t widely known, but among the homesteaders, loggers, ranchers, and other hardy folks who were Oregon’s early settlers, African-Americans played vital roles,” PJCE Executive Director Douglas Detrick said. “In this program, songs like ‘Oregon Sounds Like Freedom’ weigh the relative freedom of living in Oregon against the hardship of staying in the Jim Crow South.” 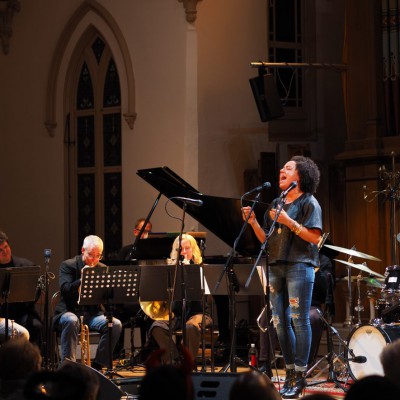 Detrick serves as artistic director for the project, which aims to speak with the communities that are connected to these stories, not for them. The team drew heavily on records and research of Gwendolyn Trice, executive director of Maxville Heritage Interpretive Center, whose father worked at Maxville.

Maxville to Vanport invites its audience to ponder whether the dangerous work of falling logs in Wallowa County was worth the pain of leaving one’s birth community through joyful music composed and performed in Oregon. Meanwhile, Abioto’s films focus on the work women did in Maxville, and a young boy playing in an imagined Vanport who encounters rushing waters that foreshadow the flood that destroyed the city in 1948.

The tour moves on to perform in Enterprise on April 13 and at the Baker Heritage Museum on April 14. Details and tickets are available at pjce.org.