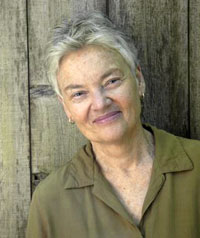 Scates will read from her new book, “Undone,” at 7:30 p.m. Wednesday, March 14 in Huber Auditorium in Badgley Hall. The reading is free and open to the public. A book signing will follow.

Born in Los Angeles in 1949 to a working-class family, Scates put herself through college and graduated from California State University, Northridge. While at SCU, she took classes from and was encouraged by the late poet Ann Stanford.

Scates continued her education at the University of Oregon, earning a master of fine arts. She has taught at Lane Community College, Lewis and Clark College and most recently Reed College.

Author Vern Rutsala, commenting on “Undone,” writes, “While the language is rich and various the poems are also admirable in the way they confront everyday life with a clear and steady eye, weaving the past and present together seamlessly and giving us views of American society usually ignored in contemporary poetry.” 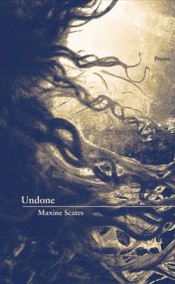 Additional praise comes from poet Dorianne Laux who writes, “By brave and honest recognition, coupled with a deft ability to glide between realms of perception tripped open by memory and emotion, Maxine Scates reconstructs a life undone by the brokenness of family, friends, and self. Nuanced, mysterious, intimate.”

“Undone” was published in 2011. Scates is also the author of “Toluca Street” (1989) and “Black Loam” (2005).  She is co-editor of “Holding Our Own: The Selected Poems of Ann Stanford” (2001), which she collaborated on with another of Stanford’s former students, David Trinidad.

Scates’ poems have been widely published in journals throughout the country and her work has received the Agnes Lynch Starrett Poetry Prize, the Oregon Book Award for Poetry, the Lyre Prize and a Pushcart Prize.