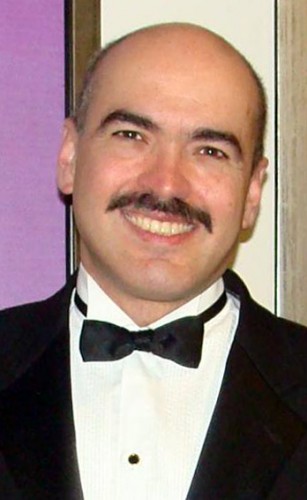 The Grande Ronde Symphony Orchestra chamber concert series will be the first chance to hear Capistrán perform. Following will be a combined recital and lecture, and the GRSO’s March concert featuring the American premiere of a piano concerto by the late Mexican composer Paulino Paredes Perez.

The chamber concert starts at 7 p.m. March 4 at the home of William and Julie Pettit at 705 South 18th St. in La Grande. A shuttle will be available, departing from the Faith Lutheran Church on 12th and Gekeler starting at 6:15 p.m. Admission is free and donations will be accepted. Proceeds are for EOU students participating in the GRSO.

Capistrán’s lecture on “Three Hundred Years of Keyboard Music in Mexico and its Similarities with the Development of Music in the Unites States,” is from 11 a.m. to 1 p.m. March 5 in Loso Hall, Room 126. It is free and open to the public.

The GRSO main concert is at 7:30 p.m. March 6 in McKenzie Theatre in Loso Hall. Tickets are $10 for adults, $8 for senior citizens, $2 for EOU students, $1 for high school students and free for students in grades eight and below.

Purchase tickets at the door, or in advance at Direct Music Source, the EOU Bookstore and Betty’s Books in Baker City.

Celebrated as a musician and educator in his home state of Tamaulipas and the U.S., Capistrán currently teaches at Colegio de San Juan Siglo XXI, Superior School of Music, and as an adjunct professor for the University of Texas at Brownsville.

Capistrán began studying piano at age 17 at the Regional Institute of Fine Arts of Matamoros, Mexico and went on to earn a bachelor’s degree in piano performance at the Superior School of Music and Dance of Monterrey.

While a student, Capistrán had the honor of being one of the winners in an intercollegiate CD-recording contest. He went on to record the most representative music for piano and voice from the repertoire of Mexican composers with the tenor Carlos Paredes.

Baylor University awarded Capistrán a full assistantship to obtain his master’s degree in piano performance. He graduated with distinction in 1999 and was invited to become a member of Pi Kappa Lambda (The American Honor Music Society). The same year, the city of Matamoros in Tamaulipas awarded him a diploma in recognition for his musical career.

In 2001 following his studies at the Vienna Music Academy, Capistrán accepted another full assistantship from the University of Texas Tech and began working on a doctorate in piano pedagogy, which he completed in 2005.

Recitals have taken Capistrán to cities across Mexico and Texas. As a lecturer, he has given presentations for the Texas Music Teachers Association, the National Center for Musical Research in México City, as well as the at Cima y Sima National Symposium of Musicology. He also received two grants from the Council for the Culture and the Arts of the State of Tamaulipas to publish the results of his research in Mexican musicology.