Oscar-nominated alum to speak at commencement 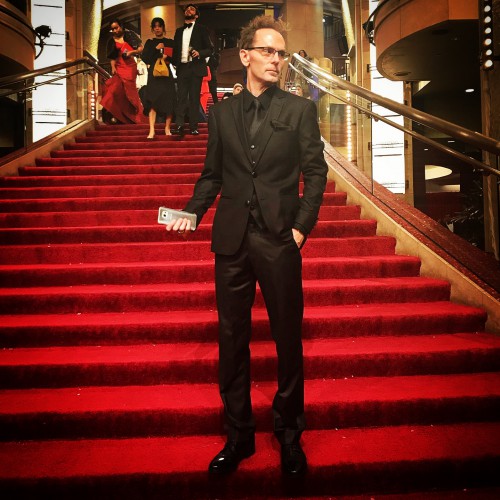 Fitzgerald’s latest film, “Lifeboat” was among the top five documentary shorts selected by members of the academy this year. He spent the week prior to the award ceremony brushing shoulders with the likes of Willem Dafoe and Sam Elliot at nominee-only events in Los Angeles.

“It’s a significant moment in your career as a filmmaker,” he said. “The acknowledgement that the work you’re putting out in the world has value within the field … is affirming to me.”

After graduating with a degree in theatre and a minor creative writing in 1993, Fitzgerald earned an MFA and started Spin Film in Portland. His company has since produced a handful of hard-hitting documentaries that have taken him from Rwanda, to Cambodia, to Germany and Syria.

“Lifeboat” is the second film in a triad focused on the global plight of refugees. “50 Feet From Syria,” the first in the series, was shortlisted for an Oscar in 2015. As the most recent installment, “‘Lifeboat’ bears witness to refugees desperate enough to risk their lives in rubber boats leaving Libya in the middle of the night, despite a high probability of drowning. With few resources… volunteers from a German non-profit risk the waves of the Mediterranean to pluck refugees from sinking rafts.”

“I make films because I’m called to do it,” he said. “It’s about creating work that will move people and even move them to action.”

As a director and producer, Fitzgerald has explored complex global issues for nearly 20 years. But he said his passion for storytelling began during his education at EOU. After growing up in Monument, Ore., Fitzgerald quickly found mentors in theatre and English professors on campus.

“There are two institutions in my life that receiving an award like this from them means more than any other — one of them is the academy because I’ve dedicated my professional life to this medium,” he said. “And the other institution is EOU because I received such a great education there and got such a personalized education that was tailored to me as a person.”

That experience equipped Fitzgerald with writing and public speaking skills he plans to use in his role as commencement speaker. He said he’s honored to have the opportunity to inspire fellow Mountaineers and alumni-to-be.

“I got this really great liberal arts education at this little tiny institution that taught me how to write well and be a good speaker,” Fitzgerald said. “It has really inspired confidence over the years … and strengthened my resolve that I could make a go of it as a filmmaker.”

Fitzgerald was named the 2016 EOU Distinguished Alumnus, and his career has garnered numerous awards from industry critics. He earned a Fulbright Research Grant in 2006, and he’s collaborated with or received support from the Sundance Institute, the U.S. Institute of Peace, the State Department and the Paul Robeson Fund among others for his independent documentary work. Fitzgerald is also a recipient of the Oregon Media Production Association’s Award of Excellence, and his films have been named among the top features at prestigious film festivals.

The 34-minute documentary, “Lifeboat” is available to watch for free at newyorker.com/culture/culture-desk/the-screening-room-lifeboat.

Check out these recent articles for more information about “Lifeboat” and Skye Fitzgerald’s work: 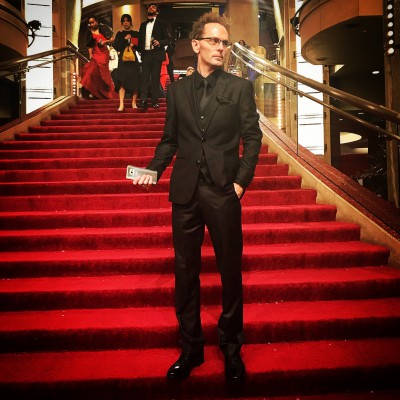 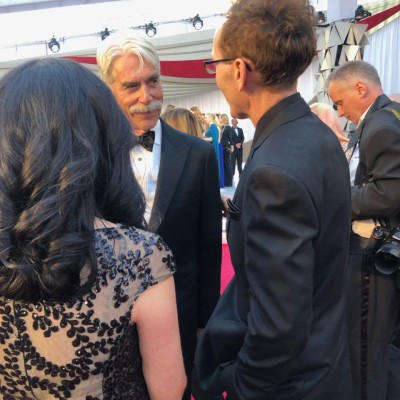 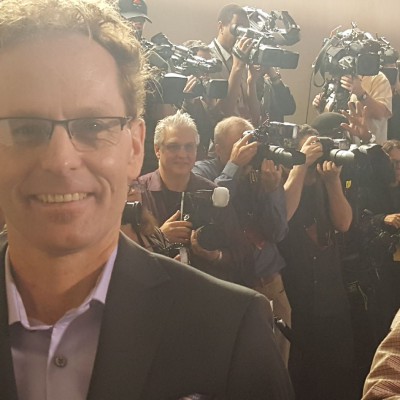 The line-up of paparazzi 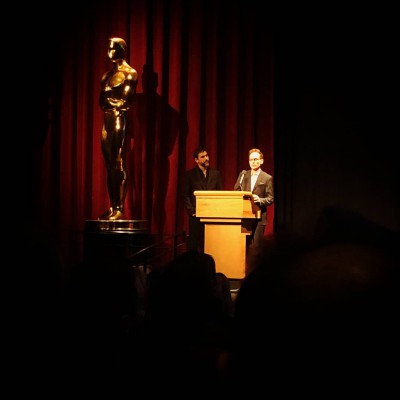 Skye speaking beside the Oscar statue 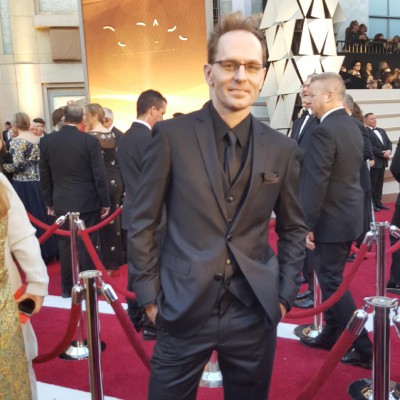 Skye on the red carpet 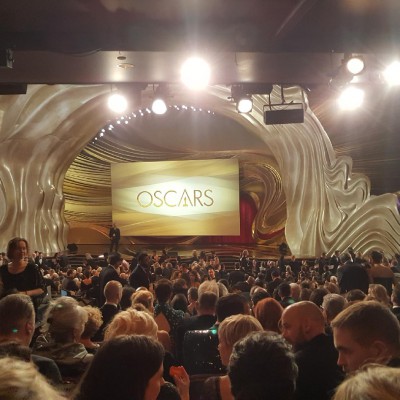 The view from inside the Academy Awards ceremony 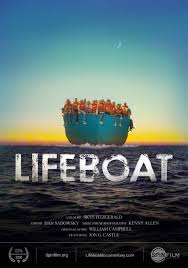