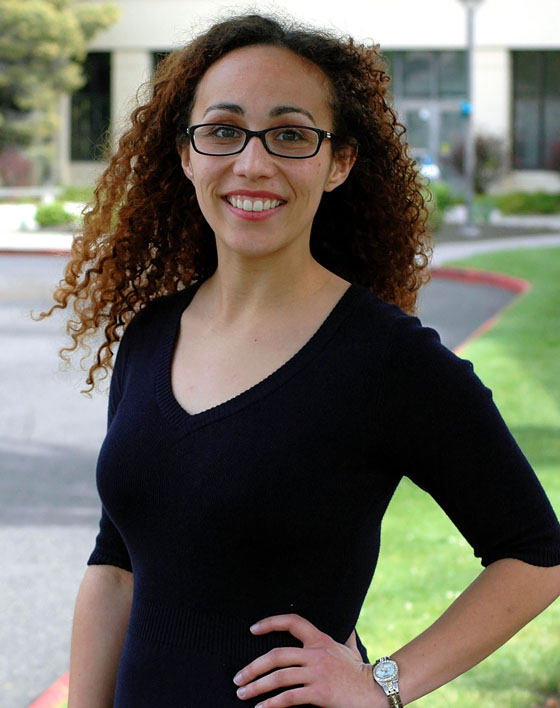 Photo by Laura Hancock / Shahayla Ononaiye is a junior this year studying voice, percussion and business. When she first came to EOU she was singing soul and rock and then got involved with musical theater.

Ononaiye and three other EOU students attended the festival in Portland in March with their vocal instructor Jamie Jacobson. Each presented four songs and two of the four were in foreign languages.

After a full day of singing, Ononaiye’s emotions were a mixture of disbelief and excitement when she saw her name listed next to the first place position.

She was invited to sing in the winners’ recital that evening and advance to the regional NATS competition with three recorded performance submissions. She also received a cash award and certificate.

During spring break, Ononaiye was surprised again when she learned she had also won her division at the regional level and would be competing nationally.

“I really wasn’t expecting it,” she said. “I had just started singing classical music and it was very new to me. It didn’t seem real!”

Ononaiye chose to record “Non So Piu Cosa Son” from “The Marriage of Figaro” by W.A. Mozart. It’s the same piece she had the opportunity to perform with Portland Opera To Go when the troupe visited campus in April.

Originally from Kuna, Idaho, Ononaiye is a junior this year studying voice, percussion and business. When she first came to EOU she was singing soul and rock and then got involved with musical theater.

Audiences may remember her emotional performance as Eponine in “Les Miserables” and her leading role as Emma Carew in “Jekyll & Hyde,” both produced by the university in 2014.

“Shahayla came into the voice studio with great skill and musicality already established,” Jacobson said. “She had wonderful understanding and experience in gospel and soul music, which involves a heavier and weightier use of the voice than classical.”

It wasn’t long before Ononaiye started “cross-training” her voice, which Jacobson said is critical in establishing healthy vocal technique.

“We began working the lighter side of her voice and found that it just kept opening up and becoming bigger, more effortless and beautiful with every lesson,” Jacobson said.

“Shahayla has been able to implement the technical side of classical singing faster than most students I have taught in my 16-year history. She is also a very fun-loving and happy person, which makes lessons an absolute joy. I’m a lucky instructor!”

The one-on-one coaching Ononaiye receives from Jacobson has also helped her take on her stage roles with confidence. 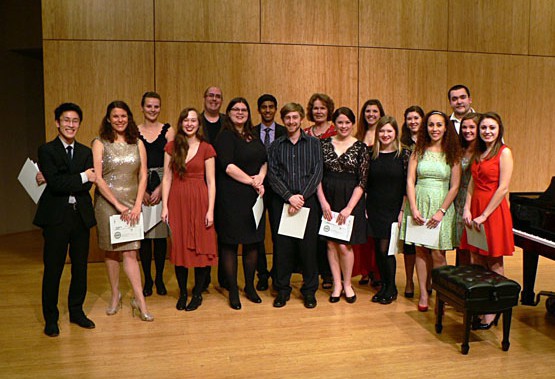 “During my first year working with Jamie, the effect was immediate and the change in my level of self-confidence was evident,” she said.

Last week Ononaiye received word she would not be advancing to the semi-finals of the competition, and she took the news in stride. It’s enough to have represented her university so well at the division chapter and regional levels.

A grant from the EOU Foundation helped to make student and faculty participation in the festival possible.