New collection of poems out by EOU English professor 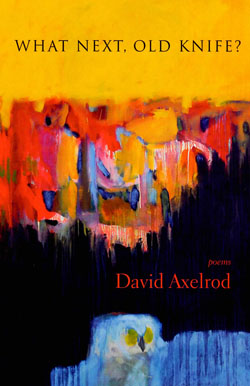 The book-signing event begins at 5:30 p.m. and includes wine tasting. “What Next, Old Knife?” is Axelrod’s fifth collection of poems to hit bookshelves and was published in February by Lost Horse Press.

Ranging across a diverse contemporary society of night school courses and displaced “adult learners,” concrete apartment blocks full of exiles and poor economic migrants, to the Iraq War, Germany of the 1930s, Vilna of the 1920s and medieval Girona, Axelrod’s collection is a sobering encounter with class, culture and history—personal and otherwise.

Henry Hughes, author of “Moist Meridian,” describes this latest work as “…deeply informed by history, religion and culture, but it never loses the music and magic of true poetry. ‘What Next, Old Knife?’ has an Old World depth and elegance, but also a fresh currency that is wry, often ironic and vividly surprising in the way it discovers new territory. Learned and lyrical, sensuous and cerebral, speaking as sharply, usefully and dangerously as a trusted knife, this is a great book of poetry.” 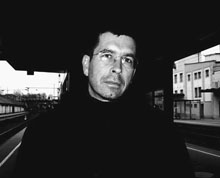 Axelrod won the Spokane Prize and was a finalist for the Oregon Book Award in 2006 for “The Cartographer’s Melancholy” (Eastern Washington University Press). His other works are “The Jerusalem of Grass” (Ahsahta), two limited-editions of long poems, “The Kingdom at Hand and “The Chronicles of the Withering State” (Ice River), and “Departing by a Broken Gate” (Wordcraft of Oregon). He has also published a collection of cultural and environmental essays about the rural northwest called “Troubled Intimacies” (Oregon State University Press).

Axelrod’s poems and essays appear regularly in literary magazines, and he and his wife Jodi Varon are co-editors of “basalt,” EOU’s literary publication. He has lived in La Grande since 1988 and teaches literature and creative writing at EOU.

Copies of “What Next, Old Knife?” will be available to purchase at Bella, from Lost Horse Press at www.losthorsepress.org or by contacting Axelrod at daxelrod@eou.edu.

A sampling of the poems has also been recorded and is available on YouTube at http://youtu.be/gVunPo3T188.