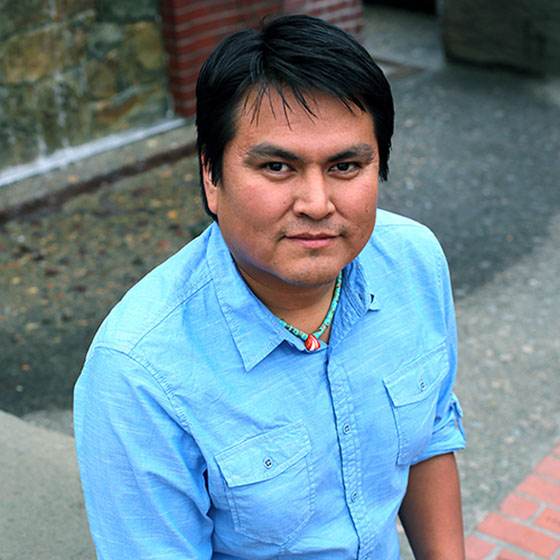 Copies of his collections will be available to purchase at the reading, which is free and open to the public. Limited parking is available in the east Badgley Hall parking lot adjacent to the library on University Blvd.

Bitsui’s “Flood Song” is a book-length sequence of lyric poems that evoke Native American traditions in a postmodern idiom of fragmentation and churn of shifting imagery. Following its release in 2013 Bitsui was interviewed by Guernica, a non-profit magazine dedicated to global art and politics.

The author commented about the mixture of Native and non-Native imageries in his work.

“…In my experience, my work has always been about collisions,” Bitsui is quoted in the article. “I come from a traditional family and I was taught to view the world metaphorically from a young age. Our physical world had to be attended to ceremoniously and often such ritual devices involved the act of ‘speaking’ a world into a balance. Words have power to transform or create a situation. It may seem superstitious to outsiders, but such respect and affection for language gave me an entrance into poetic understanding of the world and its consequences. Published poets out-number prose writers in my culture’s literary output. We seem to gravitate toward this form of translation and sharing of experience.” 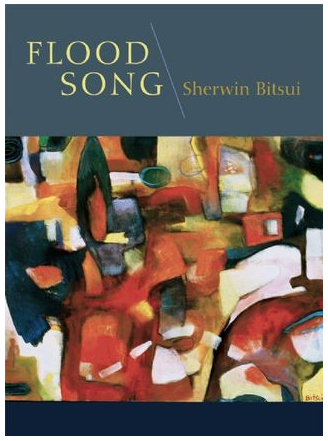 “Sherwin Bitsui sees violent beauty in the American landscape,” Alexie writes. “There are junipers, black ants, axes and cities dragging their bridges. I can hear Whitman’s drums in these poems and I can see Ginsberg’s supermarkets. But above all else, there is an indigenous eccentricity, ‘a cornfield at the bottom of a sandstone canyon,’ that you will not find anywhere else.”

Bitsui is a Diné from the Navajo Reservation in White Cone, Ariz. His accolades include the Whiting Writers’ Award, a grant from the Witter Bynner Foundation for Poetry, Truman Capote Creative Writing Fellowship and Lannan Literary Fellowship. He holds an associate of fine arts from the Institute of American Indian Arts Creative Writing Program.

Bitsui’s reading is part of the Carl and Sandra Ellston Ars Poetica Literary Lectures Series at EOU, which sponsors readings throughout the year by a diverse slate of writers from around the United States.

« High Desert Duel | Colloquium: How much is enough? »