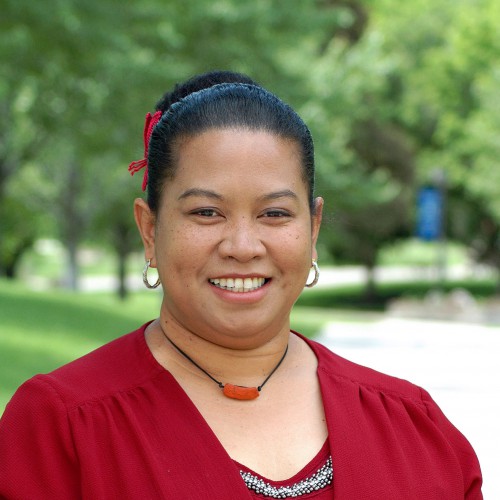 “Serving as a commissioner is opening up new ways for me to see how we can use our passions to invest in our communities.” — Bennie Moses-Mesubed

LA GRANDE, Ore. (EOU) – Bennie Moses-Mesubed, director of the Multicultural Center at Eastern Oregon University, is preparing to take on a new role representing Asian Pacific Americans in the state.

Moses-Mesubed has been appointed to the Governor’s Commission on Asian and Pacific Islander Affairs, and through her service she will be providing an important voice for this ethnic population living in eastern Oregon.

Part of her responsibilities will involve reviewing and implementing state legislation, while weighing the benefits and challenges for affected communities.

“The Commission on Asian and Pacific Islander Affairs is one of many groups working to ensure government is inclusive, and that different voices and perspectives are heard,” Moses-Mesubed said. “I’m really proud to be part of it and representing our side of the state.”

Moses-Mesubed is originally from the Republic of Palau and moved to La Grande in 1995. She earned a master’s in business administration from EOU and after living in Union County for 20 years she said it’s home. Now she wants to give something back.

“Serving as a commissioner is opening up new ways for me to see how we can use our passions to invest in our communities,” she said.

When she received official news of her appointment, she was in Palau visiting family and recruiting for EOU. Her phone connection spanned the 6,000-mile gap and 17-hour time difference when she delivered her statement at the confirmation hearing to members of the senate gathered at the Capitol in Salem.

“We have a lot of animals, and I was just praying that a rooster wouldn’t start crowing while I was talking!” Moses-Mesubed said, and she’s able to laugh at the memory now.

Moses-Mesubed became involved in statewide multicultural activism in earnest when she joined the Asian Pacific American Network of Oregon (APANO) in 2012. A colleague told her about the Asian Pacific Islander Community Leadership Institute sponsored by APANO and she traveled to Portland every month to complete the yearlong leadership-training program.

She also became involved in the CANN Alliance National Network, an Oregon non-profit group that advocates for citizens of Palau, the Marshall Islands and Micronesia covered under the international Compact of Free Association, or COFA agreement.

“No one was talking about the issues in eastern Oregon, so I was able to highlight how communities of Asian Pacific Islanders are networking and choosing to make their homes in a rural area,” she said.

Upcoming commission projects Moses-Mesubed is looking forward to include working with committees focused on healthcare for COFA citizens, and identifying funding for Asian American and Native American Pacific Islander-Serving Institutions, which could lead to more scholarships for students attending EOU.

“Decisions are being made for us, so we must work hard to have a presence and be engaged in the political process,” she said. “It’s also so important for our students to start learning and preparing to become active members in their own communities.”