Micronesian lawmaker, Class of ’87 alumnus to give Commencement speech 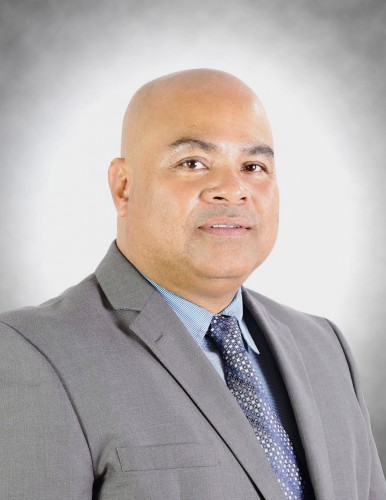 Micronesian lawmaker, Class of ’87 alumnus to give Commencement speech

La Grande, Ore. − Decades of international diplomacy have led Eastern Oregon University alumnus David Panuelo back to La Grande, where he will address the class of 2017 at Commencement on June 17. Now a congressman in his native country, Panuelo plans to inspire global perspective with his keynote speech Saturday.

Panuelo followed his brother to Eastern Oregon State College in 1983, leaving his home in the Federated States of Micronesia to pursue a degree in political science.

“After seeing photos of [my brother] and hearing stories of his experience at EOU, I was sold and EOU was bound to become my alma mater,” Panuelo said. “Thoughts of transferring to another university never entered my mind.”

Upon arriving in La Grande, Panuelo’s experience was “exciting and lonely at the same time,” but he was able to enjoy success with the help of several campus programs, including Micronesian Special Services and Cooperative Educational Extension.

“EOU, in no small measure, played a major [role] in the building blocks of my life,” Panuelo said. “I am deeply indebted to the faculty and staff who were so generous … and opened up my horizons to see and explore the world through the prism of EOU.”

He graduated in 1987 and returned to Micronesia, where he started his career in foreign affairs. Within a year of working as a foreign service officer, Panuelo had become deputy ambassador to Australia, Fiji, and New Zealand. Working in foreign affairs required a global perspective that Panuelo recommends all EOU students acquire.

“Become a global actor — our issues are no longer local,” Panuelo said. “Degradation of our environment, extinction of species of plants and animals, onslaught of climate change and sea level rise, spread of communicable diseases doesn’t respect borders. The world we live in today is much smaller than you think.”

In 1997 as he finished out a term as Charge d’Affaires for Micronesia’s mission to the United Nations in New York City, Panuelo began working as the economic development minister for his home state of Pohnpei. Apart from a brief stint as assistant secretary for American and European affairs, Panuelo shifted his focus to serve the public in private life. After starting a successful construction firm, Panuelo founded the community program nonprofit Care Micronesia Foundation.

In 2011, Panuelo returned to politics and was elected to a two-year term in Micronesia’s congress. His election in 2015 to a four-year congressional term makes him one of only four people eligible to serve as Micronesia’s president or vice president.

He co-founded an EOU Alumni Association chapter in Micronesia and actively promotes the university. He plans to share a special message with newly graduated alumni this weekend, encouraging them to seek opportunities to benefit the world.

“Life is an incredible never-ending journey in an arena of learning — EOU has given you the best,” Panuelo said. “So graduates go out there and just get it — just get it and turn them into your own life-changing stories that not only benefit you, but humankind around you in our shared world today.”

Prepare for the world beyond college with Eastern Oregon University’s high-quality liberal arts and professional programs. Classes are available when and where you need them – at our main campus in La Grande, online almost anywhere in the world or onsite at our centers across the state. Educational, cultural and economic growth is important to our region, state and nation. That’s why we are committed to providing a personal, student-centered experience in all that we do. Visit www.eou.edu.