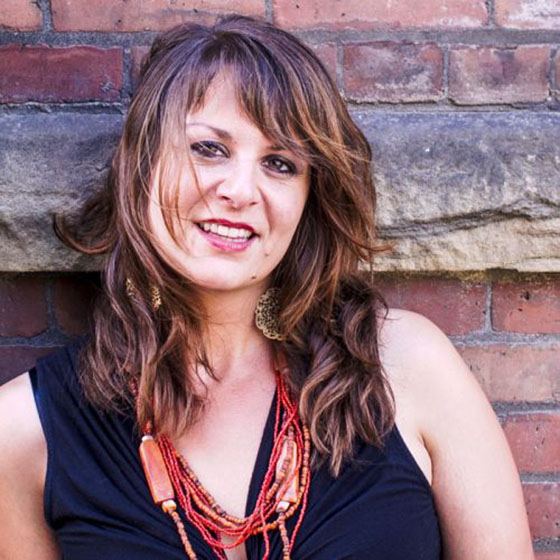 Megan Kruse is the 2015-16 visiting writer-in-residence for EOU’s low-residency MFA program. Her debut novel, “Call Me Home,” was released from Hawthorne Books in March 2015.

LA GRANDE, Ore. (EOU) – The past year has been fruitful for the award-winning faculty of Eastern Oregon University’s Master of Fine Arts in Creative Writing program.

Justin Hocking won the Oregon Book Award for non-fiction for his memoir, “The Great Floodgates of the Wonderworld,” Lidia Yuknavitch’s novel, “The Small Backs of Children,” became a national bestseller, Jennifer Boyden won the Theodore C. Hoepfner Literary Award from “The Southern Humanities Review” and now Megan Kruse has been honored with the National Book Foundation’s 5 Under 35 Award.

The annual ceremony founded in 2006 honors young writers whose work is particularly accomplished.

Kruse joined EOU’s MFA faculty in the fall as a fiction mentor and visiting writer-in-residence. She attended the award ceremony at PowerHouse Arena in Brooklyn, New York hosted by LeVar Burton and later participated in the 5 Under 35 National Book Foundation reading and panel at the Library of Congress in Washington, DC.

“My mother not only read to me when I was a child, but she read in front of me,” host LeVar Burton said as he introduced the evening’s honorees. “That was the all-important example that gave me the knowledge that reading is as essential to the human being as is breathing.”

Kruse is the author of “Call Me Home,” which was selected by Phil Klay, a former U.S. Marine officer and Iraq War veteran who won the National Book Award for fiction in 2014 for his first book-length publication, a collection of short stories called “Redeployment.”

Klay praised the novel, stating, “This is a devastating and precise portrayal of everything we mean when we say the word ‘family.’ ‘Call Me Home’ made me feel very deeply, and I am better for it.”

BuzzFeed described “Call Me Home,” which Kruse recently read from at EOU, as a novel that “explores what it means to be a family even when all its members are hurting. The book follows three characters, Amy and her children Lydia and Jackson, as they strive to hold together their family after confronting abuse and queer sexuality in the rural West.”

“The students all responded to her with great respect and enthusiasm,” said Jodi Varon, MFA program co-director. “She was profoundly inspiring and fit naturally into our program’s vision of student success. We are as delighted as we are lucky to have her as one of our truly remarkable and accomplished faculty.”

For more information about EOU’s MFA in Creative Writing degree visit eou.edu/mfa or contact the program directors at daxelrod@eou.edu or jvaron@eou.edu.