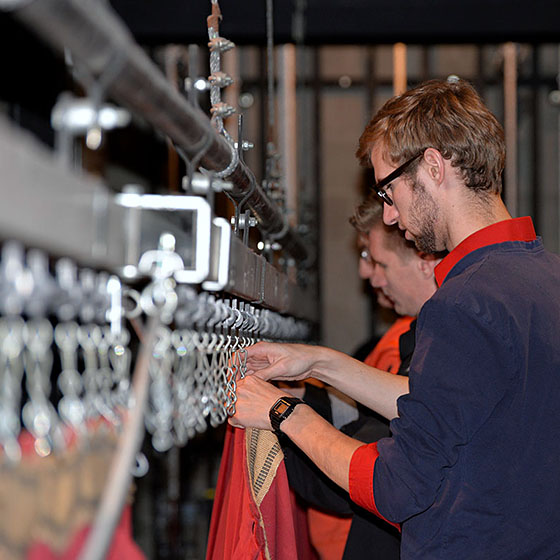 Photos by Berenice Chavez / EOU student Sam Shown, foreground, assists with the installation of new curtains in McKenzie Theatre in Loso Hall. The drapes were purchased with a $17,000 donation from the Oregon Agriculture Foundation established by Glen and Jean McKenzie.

The Oregon Agriculture Foundation (OAF) donated $17,000 to EOU making the purchase of the drapes ­­­– an integral component of the facility in Loso Hall – possible.

“We are thrilled with the donation,” said Peter Wordelman, EOU professor of music. “McKenzie Theatre hosts so many university and community events, and it is wonderful to walk into the venue and see brand new curtains.”

Through the vision of namesakes Glen and Jean McKenzie, the auditorium continues to be the main performance space for the eastern Oregon region. Their lasting connection is what prompted OAF to contribute to the curtain replacement effort as an additional way to keep the McKenzie name at the forefront in the community.

An Eastern Oregon Normal School graduate, Glen McKenzie remained involved long after he completed his studies in 1936. He served as a trustee of the EOU Foundation and was a charter member of the EOU President’s Club, among many other activities.

The McKenzies established OAF in 1992 to promote agriculture studies, and the non-profit corporation now administers the Summerville-area century farm they once owned. The foundation has provided more than $1 million in scholarships or scholarship endowments for EOU students since Glen passed away in 2006. Jean preceded him in death in 1993.

For more information about OAF’s support of the university and its students, contact the EOU Foundation at 541-962-3740 or email foundation@eou.edu.

EOU students, many majoring in theatre and music, stand back to admire the new velvet curtains now hanging in McKenzie Theatre in Loso Hall thanks to a generous gift from the Oregon Agriculture Foundation established by Glen and Jean McKenzie. 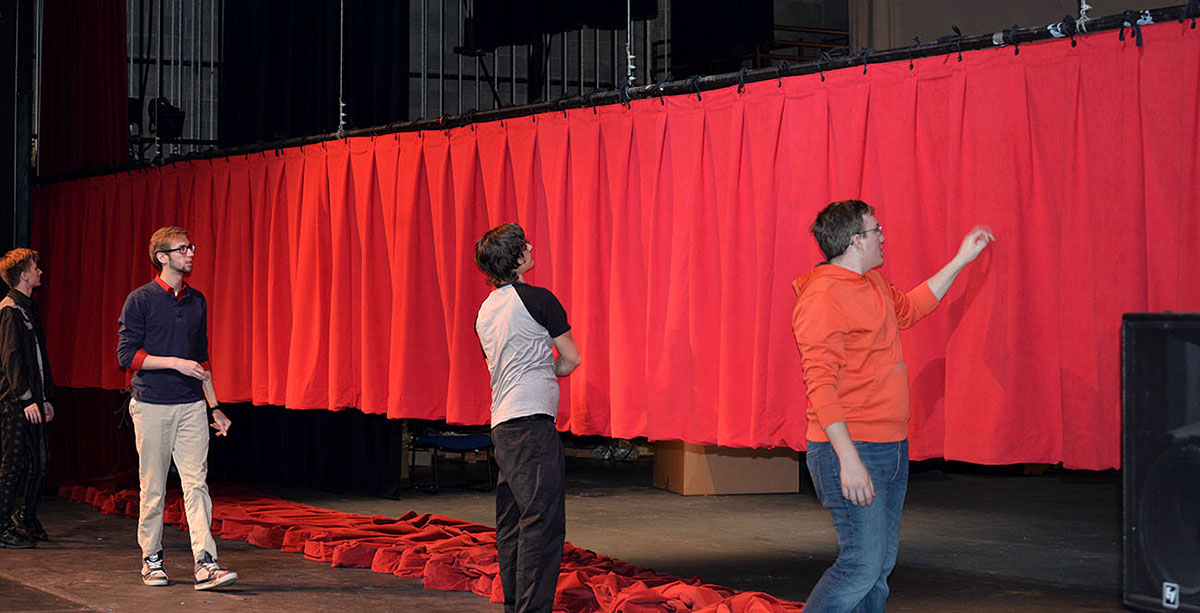 EOU students, many majoring in theatre and music, stand back to admire the new velvet curtains installed last month. Through the vision of namesakes Glen and Jean McKenzie, the campus auditorium continues to be the main performance space for the eastern Oregon region.