Roberts’ 36-year career in the EOU library bridges generations of students and continuous shifts in technology. She earned t 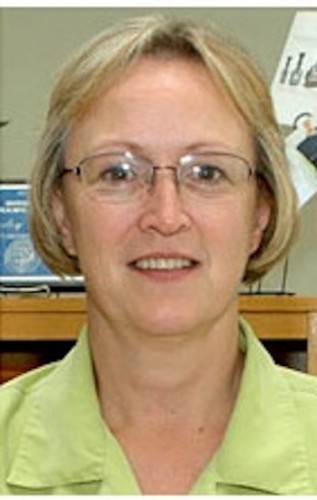 he association’s Distinguished Service Award for her dedication to the library and its patrons, as well as libraries throughout Oregon.

“Shirley has made many contributions to serving libraries and readers during her career spanning from 1982 to today,” said OLA Honors and Awards Committee Chair Leah Griffith.

Roberts also served as chair of the Sage/Pioneer Library System and currently holds the position of association manager for the OLA.

After beginning her career at EOU, she earned her master’s degrees in library studies. Roberts worked through a variety of roles at EOU, eventually becoming interim library director.

“Shirley is a strong advocate for resource sharing and rural libraries in Eastern Oregon,” Griffith said. “She’s worked tirelessly over the years to improve outreach to library patrons and support to library staff.”

She played a leadership role in expanding the Pioneer Library System from three libraries to over 70 through several grant projects, and she led the formation of a courier service connecting the libraries and supporting their growth.

She was a key part of the team that transitioned the Pioneer Library System into the Sage Library System, migrated new libraries, and implemented inter-agency agreements.

“Shirley served as a valuable member of the governing body of Pioneer/Sage,” Griffith said. “She helped effectively guide the consortium toward growth and stability.”

Roberts continues to support the EOU library in a part-time capacity as an instructional librarian.

Roberts’ service grew on the statewide level when she became the first OLA Association Manager in 2007. Griffith said the new role allowed Roberts to help move the association forward in many ways, including developing a sound investment strategy that put OLA on firmer financial ground.

“She took a variety of processes and tasks and brought them together working closely with the OLA presidents and treasurers over the years,” Griffith said. “Her talents, organization skills and most of all her easy-to-work-with personality has made for almost 10 years of smooth operations for OLA.”